Home » Business » 'The great reimagination of work': Why 50% of workers want to make a career change 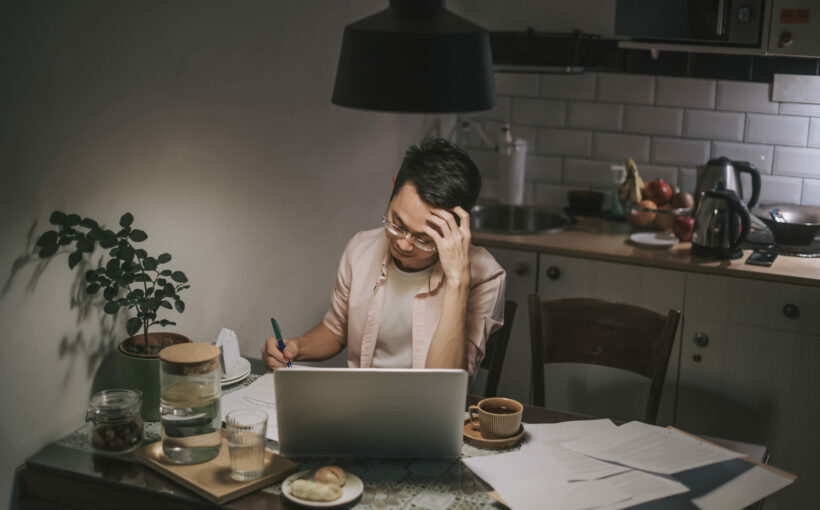 The coronavirus pandemic has forced Americans to reassess their relationships with work.

The Labor Department's most recent Job Openings and Labor Turnover Summary suggests that roughly 4 million Americans are quitting their jobs each month in a trend that has become known as "The Great Resignation."

Today, CNBC and global gender equality firm Catalyst released a report titled "The Great Work/Life Divide: How employee desire for flexibility and employer concern is driving the future of work" on the subject.

Conducted by Harris Poll, the survey of 907 workers finds that the majority of working Americans want to make a career change.

"Over half of the employees want to leave [their jobs], and there's really two reasons that came out of the survey," Catalyst President and CEO Lorraine Hariton tells CNBC's Julia Boorstin.

"One is if they felt that their employers did not understand them, that they weren't providing empathy. This is especially true for working parents, male or female. They didn't feel good about the experience, and they're looking to leave. The second thing is that people are really leaning into flexibility, whether that's flexibility by location, by when they work, or how they work. They want to leave if the employer is not providing that."

Approximately 41% of those surveyed say they are considering leaving their job because their company has not cared about their concerns during the pandemic and a whopping 76% say they want their company to make work permanently flexible in terms of schedule and/or location.

Of the roughly 50% of employed Americans who intend to make career changes because of the COVID-19 pandemic, 41% are seeking flexible and/or remote work, 39% desire a raise and/or promotion and 33% are interested in changing industries.

"I think of this as the great reimagination of work, especially for office workers," Hariton says. "And companies really have to respond to that."

Almost one-third of employees who intend to make a career change because of the pandemic (32%) say they're going to look for another job in the same industry, while about 1 in 5 (22%) are going to quit their current job and start their own business.

Men are motivated to move on

In March 2021, CNBC and SurveyMonkey's Women at Work survey found that 65% of working women believe the pandemic has made things worse for women at work.

"Women are continuing to do a disproportionate amount of housework and child care throughout the pandemic compared to men, but on top of these obvious drivers of burnout, we see that women are taking on more work in the office around employee well-being, as well as advancing diversity, equity and inclusion (DEI) efforts, which means their workloads just going up and up and up," Rachel Thomas, co-founder and CEO of Leanin.org, previously explained to CNBC Make It.

And though Bureau of Labor Statistics data suggests that working women have been hit hardest by the pandemic, CNBC and Catalyst's recent survey finds that men are more likely to say their workplace has neglected them.

Employed men are far more likely than employed women to say they are considering quitting their job because their company (50% vs. 30%) or manager (44% vs. 29%) has not cared about their concerns during the pandemic.

Hariton says the result is unexpected.

"More men were intending to leave as a result of their COVID experience than women," she says. "We haven't really unpacked exactly why that is because the intuition is that women tend to have more unpaid work, they tend to be more involved with kids, they might be more burnt out, and they would want to leave, but it was the men actually. So that was very surprising."

Employed men are also more likely than employed women to say they're going to ask their employer for a raise and/or promotion (45% vs. 28%).

A common determinant of if a given worker is interested in leaving their job is if they have children.

"Working parents, in general, were more affected by the pandemic, both men and women," says Hariton.

Plus, employed parents are more likely than employed non-parents to say they intend to ask for remote work flexibility (51% vs. 34%), ask their employer for a raise and/or promotion (47% vs. 22%) and to quit their current job to start their own business (27% vs. 10%).

Exhaustion may be a big driver of the differences among workers with and without children. Just over 3 in 5 employed parents of kids ages three to 17 said that they feel they are burnt out at work from managing their children's education needs during covid-19.

Many organizations appear to be responding to the concerns of working parents — 52% of respondents say their employer has improved their childcare offerings and policies since last year.

And Hariton says changes like these are an opportunity for employers to build a better working environment.

"We are really in a time to really reinvent work, and to create a more equitable, inclusive and fulfilling workplace for everyone," she says. "We have an opportunity to use technology and use what we've gotten from the pandemic to really change the nature of work and make it a better life for everyone."