Home » Business » The history behind International Transgender Day of Visibility 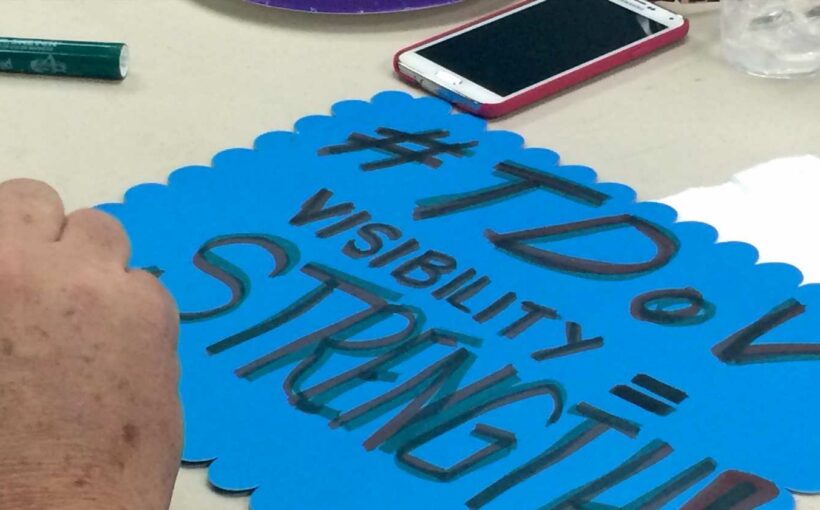 This story was published in partnership with The 19th, a nonprofit, nonpartisan newsroom reporting on gender, politics and policy.

Rachel Crandall-Crocker, the creator of International Transgender Day of Visibility, wanted people to have a moment of happiness. So she made a Facebook post encouraging people to organize festivities in their hometowns and started messaging accounts from all over the world — it was worth a shot.

“I’d been wanting there to be a special day for us for a long time,” she recalled. “And I was waiting and waiting for someone else to do it. And then finally I said, ‘I’m not waiting anymore. I’m going to do it.’”

It was 2009, and at the time, the only annual event that most transgender communities had was nothing to celebrate. In 1998, Rita Hester, a Black transgender women in Boston, was brutally stabbed in her own apartment. Transgender women were tired of being targets and done being dismissed by the press, which misgendered Hester. They marched through Hester’s neighborhood, and Transgender Day of Remembrance (TDOR), a day honoring transgender homicide victims, was born.

Crandall-Crocker sometimes attended the community funeral. She felt it was important. But when she did, it left her depressed for up to a week afterward.

So Crandall-Crocker, who had lost a marriage when she came out and a job as a psychotherapist when she transitioned, decided to create the day herself. March 31 would be International Transgender Day of Visibility.

The date wasn’t significant as much as it was convenient. It was far enough away from TDOR in November and Pride Month in June that it wouldn’t conflict with either. From her home in Michigan, she organized a panel just outside of Detroit. Maybe people would come or see the Facebook post and hold their own events, she thought.

Crandall-Crocker now talks about those early days with near disbelief. Millions of people now recognize March 31 as a day to celebrate transgender people worldwide. Every major LGBTQ rights organization recognizes Transgender Day of Visibility with community gatherings, panels and celebrations. Skyscrapers across the nation light up with light pink, blue and white — transgender pride colors — on the day.

“Transgender Day of Visibility is a spark of hope,” said Nia Clark, a Black trans woman. “It’s just signaling to others that we are here and there are more than just one of you … that there are resources out there, that there are people in existence who also would just like you.”

Clark, 37, works as a child welfare consultant and is a Point Foundation scholar, a prestigious LGBTQ college program. Because she works with kids, she was nervous to be out as a trans. But two years ago on Transgender Day of Visibility, she posted about her own journey coming out as trans on social media.

“I just remember the outpouring of support from others who I’d never really talked to,” she said. “One thing about trans folks is sometimes we are so afraid to even talk about our gender identity with cisgender friends.”

Work ahead:  These transgender people transitioned during COVID and are bracing for a return to the office

Andrea Jenkins, vice president of the Minneapolis City Council and the first out Black trans elected official in the country, says those conversations about trans people living vibrant and full lives are critical, especially in this moment. Jenkins notes that 44 transgender people were murdered in 2020, the highest number ever recorded.

“We don’t want to just wallow in this,” Jenkins said. “We also want to acknowledge the reality that our lives are beautiful and matter. Then, the less people are able to say, ‘Oh, I don’t know a trans person or I don’t think people need to recognize the humanity of trans and gender non-conforming people.’”

This year’s Transgender Day of Visibility comes at a particularly trying moment for gender diverse people in the United States. More than 80 anti-trans bills are pending in state legislatures, according to the Human Rights Campaign. Most of those bills would limit trans youth from playing sports and accessing affirming medical care.

For many trans kids, their first introduction to transgender community had long been a day honoring transgender murder victims. While it was a time of gathering, it was also a stark reminder that living as trans often came with an expiration date.

But Transgender Day of Visibility gave kids another narrative to grow into, advocates say.

Esmée Silverman, 19, is a high school senior in southeastern Massachusetts, the same state where Hester’s murder inspired Transgender Day of Remembrance. Still, she learned about Transgender Day of Visibility before she knew of the day’s more somber cousin.

Silverman was 17 at the time, not fully out in her community, and her school’s Gay Straight Alliance was celebrating the day.

“I sort of was just like, ‘Wow, this is something that we need to uplift and celebrate more of because if there’s a there is a day like this and if other trans people feel like the way I felt when I didn’t have any support, then this day needs to be uplifted,’” Silverman said.  “Everybody deserves to be visible, including trans people.”