Home » Business » The Most Dangerous Town in Every State 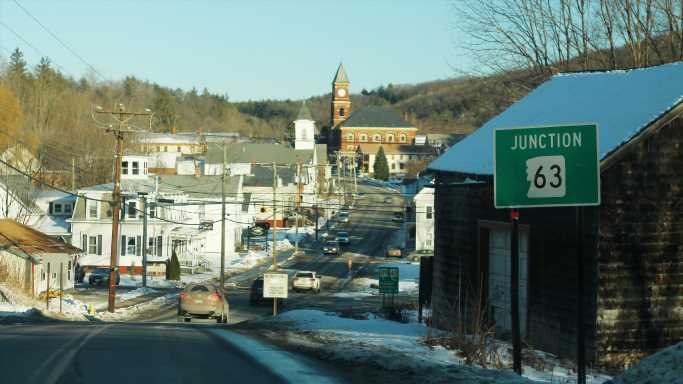 The U.S. violent crime rate — an annual, population-adjusted measure of cases of rаpe, robbery, aggravated assault, and homicide — climbed by 5% in 2020. The increase was driven by a rise in aggravated assault and, most notably, a historic 29% surge in homicides that made 2020 the deadliest year in the United States since the mid-1990s.

Despite the largest single-year increase in homicides on record, the overall violent crime rate remains relatively low by historical standards. There were 1.3 million violent crimes reported in the U.S. in 2020, or 399 for every 100,000 people. For context, the national violent crime rate ranged between 523 and 758 incidents per 100,000 throughout the 1990s.

Of course, crime is a local phenomenon influenced by a wide range of factors at the community and even household level. As a result, violent crime rates in the U.S. can vary considerably from place to place — and in some towns, rates of violence far exceed the nation-level highs recorded in decades past.

Using data from the FBI’s 2020 Uniform Crime Report, 24/7 Wall St. identified the most dangerous town in each state. Towns are ranked by the violent crime rate — specifically, the number of violent crimes reported for every 100,000 residents. We defined towns based on population thresholds, having at least 2,500 people and less than 25,000 people. In Hawaii, there are no eligible towns with available crime data.

Explanations for the high levels of violence in these places are varied and complex. Major current events that have impacted the entire country — such as the COVID-19 pandemic and unrest fueled by the murder of George Floyd — have likely played a role in some places. Other factors, such as a lack of economic opportunity, are more endemic.

Low-income communities in the United States are disproportionately burdened by crime. One study found that individuals with family incomes of less than $15,000 annually are three times more likely to be victimized by crime than those with family incomes of $75,000 or more. In most towns on this list, the share of residents living on poverty-level income exceeds the comparable statewide poverty rate. Here is a look at the city hit hardest by extreme poverty in every state.

Click here to see the most dangerous town in every state

We defined towns based on population thresholds — having at least 2,500 people and less than 25,000 people — using five-year estimates from the U.S. Census Bureau’s 2019 American Community Survey. Limited data were available in the 2020 UCR for areas in Alabama, Maryland, Pennsylvania, and Illinois, though areas in these states were not excluded from analysis.

Additional information on the number of murders is also from the 2020 FBI UCR. Poverty rates are five-year estimates from the 2019 ACS.