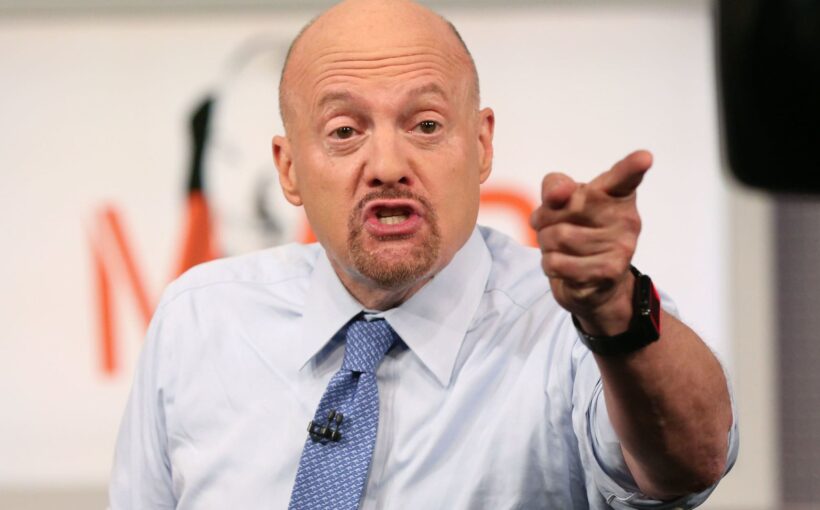 CNBC's Jim Cramer said Wednesday he sees a number of worrisome factors that are likely to contribute to market volatility in September, beyond just the fact it is a historically tough month for stocks.

Here's what the "Mad Money" host is concerned about:

This week, three companies — paint makers PPG Industries and Sherwin-Williams, as well as homebuilder PulteGroup — issued pre-announcements to lower guidance about their current quarters, warning that supply chain problems and materials costs are causing challenges that could lead to worse-than-expected results.

"The good news? None of their stocks got crushed because demand's still in good shape. … They're still getting business," Cramer said. "The bad news? These supply problems, they're not going away—seems like they've become ingrained."

Pressure on Federal Reserve Chairman Jerome Powell to change his stance that inflationary pressures are transitory could intensify throughout September, Cramer said.

While that viewpoint is why the Fed's highly accommodative monetary policy remains in place, Cramer said that "after these preannouncements where we keep hearing about rising raw costs, don't you have to wonder if inflation is more intractable than they thought?"

Raising interest rates would be the "magic elixir" to tamping down inflation, Cramer said. "But they do that by destroying demand and that crushes earnings, which in turn crushes stocks."

"If rates are headed higher, that creates more competition for high-yielding dividend stocks. These days, not many stocks are supported by their yields, but there will be even fewer if rates go up," Cramer said.

The "Mad Money" host said there's a bit of a double-edged sword involving the Democrats' desire to pass their $3.5 trillion budget reconciliation package.

That level of spending would surely create jobs and "supercharge the economy," Cramer said, but it comes at a time when there's already more than 10 million job openings in the U.S. As a result, wages would likely go up as companies fight for workers, he said, "which is good if you work for a living but bad if you own stocks."

"However, if that big stimulus package gets killed, the investors who are depending on it and what it would do to companies they own, well I've got to tell you, those people would be disappointed. Without this, you can't prop up the cyclicals," Cramer said.

New companies going public through special purpose acquisition companies or traditional IPOs are adding supply of stocks to the market, which can serve "as a wet blanket dousing the fire of the buyers," Cramer said.

"Of course, this IPO cycle will eventually play out like they always do: with a sell-off that lowers all prices to levels where stocks are more attractive," Cramer said. "We can't seem to stop this deal flow."

Cramer said he remains concerned about China and the unpredictability of President Xi Jinping, particularly as it relates to Taiwan, which plays a crucial role in the global semiconductor industry.

"Here's the bottom line: At the end of the day, I think we can deal with any of these issues, but not all at once—at least not without lower stock prices," Cramer said. "And lower stock prices is what September isall about."