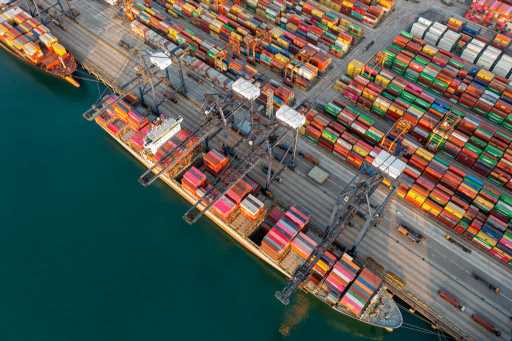 Global supply chains have been severely disrupted this year by a slew of issues right as a resurgence in trade and strong demand for commodities meant more goods needed to be moved.

In April, one of the world's largest container ships became wedged in the Suez Canal, halting traffic for nearly a week. The waterway is one of the busiest in the world, with about 12% of trade passing through it.

The massive cargo ship dominated headlines, but there have been several other disturbances in global trade. In a recent report, JPMorgan analysts pointed to ongoing bottlenecks such as port congestion as well as a shortage of containers and vessels.

The Yantian port in Shenzhen, China is one of the busiest in the world. The region was hit by an uptick of Covid cases in June, which caused massive delays at the port, jacking up shipping prices.

As parts of the world rebounded from the pandemic, a flurry of spending led to a shortfall of containers. That drove up prices and created massive delays in shipping goods from Asia to elsewhere. JPMorgan said the demand for goods has continued to be supported by an improving global economic outlook.

Research firm TS Lombard noted that commodities have surged as Chinese demand recovered. Demand for commodities from oil to lumber to corn has shot up this year as economies reopened and vaccination rates climbed — although prices have been volatile recently.

"Shipowners are benefitting from the booming commodity trade. Vessel earnings have been at their highest level in a decade so far in 2021 … owing to the rebound in trade volumes, particular minerals and grains into Asia, as well as to strong restocking of iron-ore and coal inventories by China," the firm said.

It also said as much as 72% of the world's iron ore is transported to China, boosting the shipping sector.

Value of ships will rise

And that may not be resolved any time soon. According to JPMorgan analysts, new vessel orders will not be delivered until 2023, "at the earliest time frame."

High demand and tight supply, will cause the value of ships to rise. Ships are considered assets for a shipping company, as they generate cash flow.

The uptick in the value of the vessels will therefore drive up the net asset value of companies, which is the value of assets minus liabilities. That in turn is set to drive up stock prices, according to TS Lombard.

Here are the stock picks from both firms, in reports published in June: