Home » Business » This Amazon Prime Day, it's not about the deals. How other retailers are looking to win your business 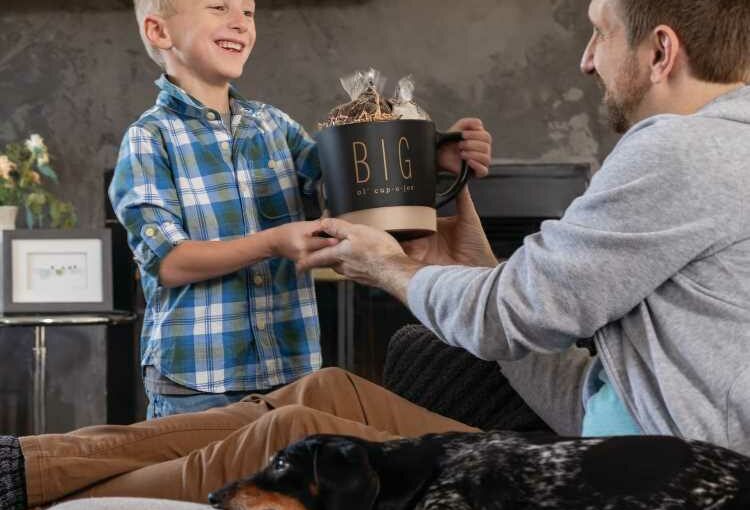 Shoppers booting up a web browser and expecting to see big discounts for Amazon's annual Prime Day megasale on Monday and Tuesday might come away disappointed.

Experts say Prime Day deals this year could be particularly limited due to supply-chain obstacles that have been caused by the pandemic. Also, with consumer spending robust, many brands don't feel the need to slash prices to compete. Others have inventories that are already too stretched to prime the pump any further. CNBC spoke with businesses that are looking for other ways to win eyeballs — and customer loyalty — online this week.

Demdaco, an artisan crafts and gifts purveyor that sells on Amazon and other wholesale channels, is hopeful that it can use Prime Day to build brand awareness, but it won't be putting its merchandise on sale.

"We're not trying to be the low-cost leader," said Marisa Lytle, vice president of e-commerce and consumer engagement at Demdaco. "We're just trying to get visibility. And because Prime Day offers great visibility, we invest heavily in the advertising opportunities because Amazon is getting tons of traffic."

Lytle, who used to work in the consumer electronics sector, noted that Amazon has historically used Prime Day to discount its own tech gadgets. Items like the Amazon Echo, the Fire Tablet or Fire TV often end up being promoted heavily on Amazon's home page. She said that's one reason why it's not worth Demdaco trying to compete with the e-commerce giant by offering its own deals.

According to a report by Adobe Analytics, the best discounts around Prime Day 2021 will be on electronics and toys. The sweetest deals won't come until later this year though. Bargains across all categories of retail are expected to be an average of two-times steeper during what's known as Cyber Weekend, Adobe said. That's the post-Thanksgiving period between Black Friday and Cyber Monday.

Grabbing attention during the hunt

Instead, Demdaco — which has been selling its Mother's Day mugs, monogrammed teddy bears and other gifts on Amazon for about five years now — has been ramping up advertisements online and in the mail ahead of Prime Day. The company is encouraging shoppers to buy gifts for celebrations like birthdays, graduations, anniversaries and summer barbecues.

"We make sure that we marry up the campaigns that we're running on other channels, like social media channels, to whatever it is that we're promoting on Prime Day," Lytle said. "Things to grab people's attention while they're there shopping for their great deal … but making ourselves relevant to what's going on with them right now."

Cosabella, a luxury lingerie and sleepwear brand, took a slightly different approach. It held a two-week sale on bras and underwear in the days leading up to Prime Day, rather than during the event. Guido Campello, co-CEO of Cosabella, said the approach was a way for the company to show how much it values having a direct relationship with its customers, outside of Amazon.

"We'd like to position Cosabella.com as the key destination for our customers to find the newest styles, largest inventory of our most popular items and latest deals," he said. A range of Cosabella's merchandise is also available for sale on Amazon.

For some, just another day

Shopify — an e-commerce platform that powers millions of websites for retailers including Allbirds and Glossier — sees Prime Day as just another two days on the calendar. Much of Shopify's mission revolves around aiding small businesses to compete with players, like Amazon, online. For some direct-to-consumer brands, Prime Day is almost "inconsequential," according to Shopify President Harley Finkelstein.

"Commerce in 2021 is not about bargain-basement deals anymore," Finkelstein said in an interview. "Shoppers are not looking for the best deals as the primary objective. They're looking to connect with brands whose values they align with."

"The future of retail is not about discounting," Finkelstein added. "It's about connection, it's about authenticity, it's about having an amazing product, and a great story."

According to Finkelstein, the most important time of year for the retail industry — and when Shopify's brands see the most web traffic and sales — remains from Black Friday though Cyber Monday.

Picking that one key item

Another strategy is to pick a single product to put on sale during the sales event. Such loss leaders won't be profitable, but it will stir up excitement and draw in customers who might add other things to their carts.

"If I chose one product as a loss leader, and put a pretty interesting discount on that, I could drive a lot more traffic to the brand and still have the other variants of colors and sizes and options there be full price," said Chris Bell, a former Wayfair executive who founded and is now chief executive of Perch.

"Prime Day is a big day for us every year, and a big day for all sellers on Amazon every year," Bell said. "But obviously, on Prime Day, people are looking in spades. So even if you don't do anything on sale, you usually still get a little bit of a halo effect."

Even if no Perch brand offered Prime Day deals, the business would still see a bump in sales compared with a typical day, Bell said.

Read more about Amazon and other have planned for this year's sales events:

Many of Perch's brands will be promoting items during Prime Day 2021 for summer barbecues, Fourth of July parties, outdoor adventures and backyard sports. "We are expecting that customers will go for those," Bell said.

Last year, Amazon's 48-hour megsale was delayed until October because of the pandemic. It ended up kicking off the holiday shopping season, with retailers quickly pivoting to pitch customers on buying Christmas gifts earlier than ever.

Even if deals are lackluster, Prime Day will still drive massive revenue. EMarketer estimates total digital sales in the U.S. will jump 17.3% year over year to $12.18 billion. Sales made exclusively on Amazon on Prime Day will grow 18.3% from 2020 levels to $7.31 billion, it projected.

Strong demand could stretch already lean inventories. Backlogged ports, a massive container shortage and a dearth of truck drivers have all wrecked havoc on many companies' supply chains during the pandemic. Home Depot went as far as reserving its own ship, buying merchandise on the spot market, and flying in power tools to cope with the headaches. Peloton started using airfreight to transport its cycles from Asia. The situation doesn't appear to be improving swiftly.

"Demand is putting extra stress on that supply chain, and a lot of this stuff is coming from the same place," said Marc Iampieri, a managing director in the transportation and infrastructure practice at AlixPartners. "It's the same port. It's the same worker that's loading the containers on the vessel. There's only a finite number of slots on that vessel."

According to Taylor Sicard, co-founder of Win Brands Group, the cost of freight for some of his brands has increased as much as four times. If you used to be able to charter a plane to take product overseas for around $10,000, now it's closer to $35,000 or $45,000, he said. Win Brands Group operates a portfolio of brands including the candles company Homesick.

"That eats a lot of margin on your product, and when you're operating one of these digitally native, vertical brands, your margins are everything," said Sicard. "If you start chipping away at it before you even sell the product — that could be detrimental to your profitability, especially given that a lot of these smaller companies aren't profitable to begin with."

"It makes everyone kind of rethink how they're doing things," he added.

Expect out of stock items

Perch's Bell said the supply-chain chaos has made stocking up in anticipation for Prime Day more stressful.

"Frankly, we are out of stock on some things that we wish weren't … like some of the outdoor items that are selling faster than expected," he said. "We're scrambling just to get product ready to align with Prime Day. A bad outcome is to spend all this money on a Prime Day deal and then go out of stock halfway through the day."

Experts say shoppers should be ready to run into out-of-stocks, so long as the logistics headaches linger.

"It's a total mess," Demdaco's Lytle said. "And it's not getting better. … The combination of Covid spikes in different ports, issues with the backups that happened as a result of Covid, and not being able to pull ourselves out of that … it's a nightmare for pretty much every company that is sourcing outside of the United States."

"We've had to look very hard into what we've got inventory of, and focus in on that, as opposed to trying to stock up," she added about preparing for Prime Day. " Because that's pretty much impossible if you're sourcing from overseas."