Home » Business » This State Has Failed the Most Vaccinating Its Residents 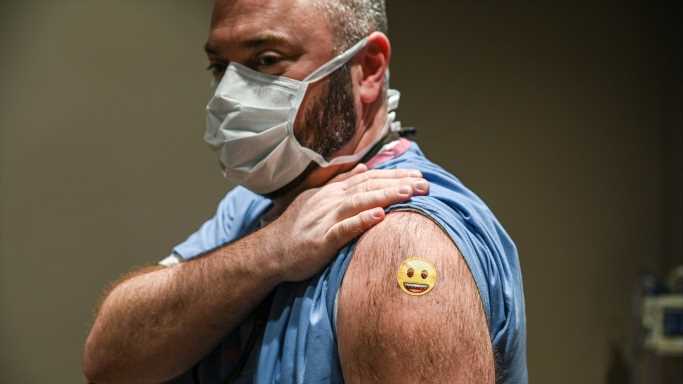 Fairly quickly, the pace at which new COVID-19 cases per day have grown has fallen off. Still, the United States has 27,438,560 confirmed cases, which is 119,291 more than yesterday. That is about half the rate of several weeks ago. American cases are about a quarter of the world’s total. Fatal cases have reached 472,335, up by 3,656. That total is about a fifth of the world figure. The pace of the increase in deaths per day continues to be near its high point. The worry remains that deaths could reach 600,000 before the summer.

The race to cut the rapidity of the spread of the disease in earnest has expanded as vaccination doses have become more widely available. In some states, those who qualify have moved from health care workers to people over 75 and to those with pre-existing conditions. In several states, people 65 or older qualify now.

Among the states, one has lagged the rest, based on how many residents have been given at least one shot. In Kansas, the figure is only 8%. Just as troubling, 492,250 doses have been delivered to the state and only 305,574 (62%) have been given. Nationwide, that level is 69%.

State officials in Kansas have not offered adequate answers about the lagging pace. Senator Jerry Moran told the Wichita Eagle, “It’s one of those things that we’re sorting through. I want to give people the benefit of the doubt. I’m sure that record-keeping is a part of it. It always is. But it’s not, shouldn’t, wouldn’t be just a problem for Kansas.” The comment does not seem to hold up as much of an explanation.

The Kansas City Star gave what appears to be a more concise and fact-based explanation for the delays. While the rollout of the vaccine has been fairly good in some parts of Kansas, big city efforts have lagged:

Qualified residents in or near Ava, Jefferson City, Clinton and six other rural cities could obtain their first inoculation against the disease. The Missouri National Guard was part of the program.

There were no similar mass vaccination events in Kansas City or St. Louis. That’s worrisome.

Kansas residents should be vaccinated as quickly as possible. The state has 286,066 confirmed cases and 4,197 fatal ones. Confirmed cases in two of its largest counties, Sedgwick and Johnson, number over 50,000.

The state will need to quicken the rate of vaccinations substantially to reach figures comparable to the national number.

Click here to read “COVID-19: States Where the Most People Have Been Infected by New Variant.”

Click here to read “COVID-19: The Latest Travel Restrictions in Each State.”