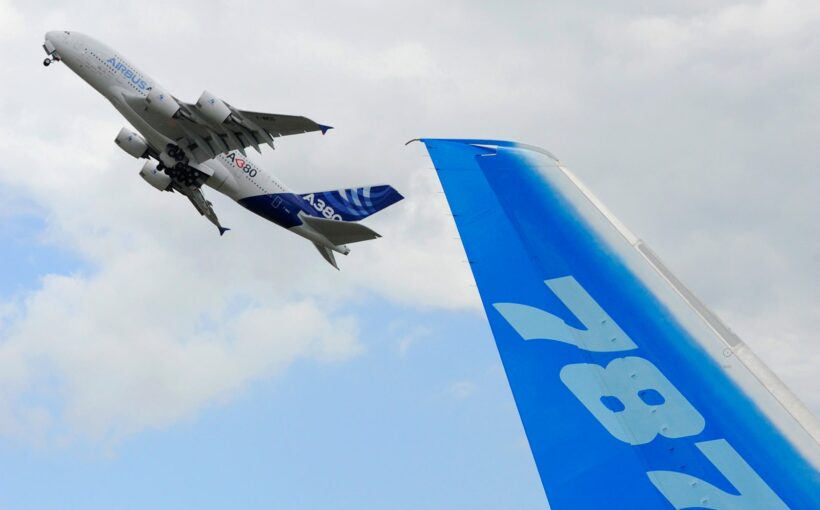 The U.S. and the European union will suspend tariffs for four months tied to a long-running dispute over illegal subsidies for Boeing and Airbus, the president of the European Commission said Friday.

The agreement is step toward resolving the 17-year dispute that has led retaliatory tariffs on billions of dollars of goods affecting a range of exports from both sides of the Atlantic. It comes a day after the U.S. and U.K. also agreed to a four-month pause on tariffs tied to the dispute.

"We both committed to focus on resolving our aircraft disputes, based on the work of our respective trade representatives," she said in a statement. "This is excellent news for businesses and industries on both sides of the Atlantic, and a very positive signal for our economic cooperation in the years to come."

The White House said Biden and von der Leyen discussed trans-Atlantic cooperation to help stop the spread of Covid-19, measures to improve the economy, climate change and other issues.

Progress toward a resolution in the dispute comes as a relief to Airbus and Boeing, which are both struggling with weak travel and jetliner demand because of the Covid-19 pandemic.

"Airbus welcomes the decision to suspend tariffs in order to allow negotiations to take place," the manufacturer said in a statement. "We support all necessary actions to create a level-playing field and continue to support a negotiated settlement of this long-standing dispute in order to avoid lose-lose tariffs."