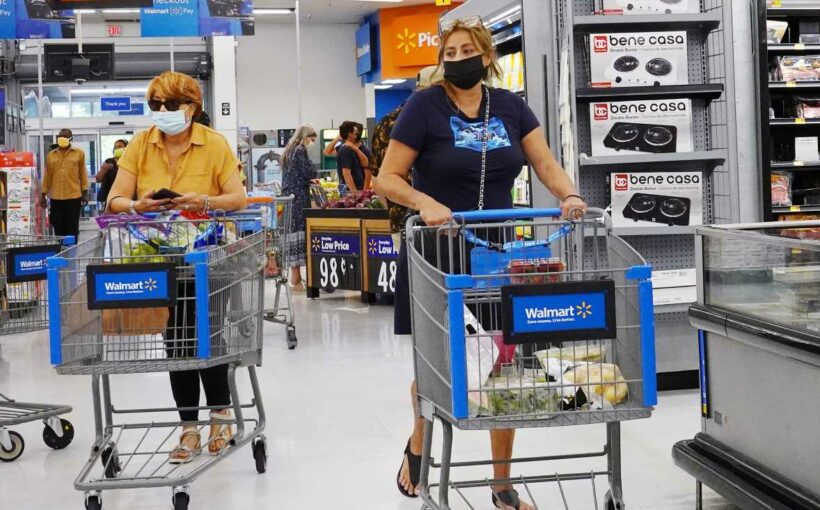 As the highly transmissible delta variant continues to spread rapidly across the United States and elsewhere around the world, scientists and other health experts are warning that indoor mask mandates and other public health measures will likely make a return in this U.S. this fall.

The country, which just celebrated the Fourth of July with some of its first large gatherings in more than a year, is headed toward a "dangerous" fall season when delta is expected to cause another surge in new cases, health experts say. Already the dominant variant in the U.S., delta will hit the states with the lowest vaccination rates the hardest — unless those states and businesses reintroduce mask rules, capacity limits and other public health measures that they've largely rolled back in recent months, experts say.

With new mutations discovered every few weeks, many scientists now predict that Covid will continue circulating around the world for at least the next two to three years, requiring nations to reinstitute public health measures on an ad hoc basis for the foreseeable future. Authorities in Australia, South Africa and Asia have recently reintroduced curfews or other measures to curb rising delta outbreaks. Japan just declared a coronavirus state of emergency in Tokyo and banned spectators at the Olympics. High vaccination rates in the U.S. and the warm summer months have bought the country some extra time, but outbreaks across the world are giving Americans a preview of what may come this fall.

"I could foresee that in certain parts of the country, there could be a re-introduction of indoor mask mandates, distancing and occupancy limits" in the coming months, said Lawrence Gostin, director of the World Health Organization's Collaborating Center on National and Global Health Law.

He said he fears there will be "major outbreaks" in the U.S. this fall, especially in states with low vaccination rates.

"We are heading for a very dangerous fall, with large swaths of the country still unvaccinated, a surging delta variant and people taking off their masks," he added.

The warning from scientists and other health experts comes as many businesses and offices across the U.S. have largely done away with their mask requirements, social distancing and other pandemic-related restrictions.

Other businesses like Apple and Amazon are making a big push for most of their workers to return to the office in some capacity this fall as more Americans get vaccinated against the virus. Goldman Sachs workers returned to the office last month while Citigroup and JP Morgan expect their employees to come back on a rotating basis this month.

Confirmed Covid infections in the U.S. have dropped to their lowest levels since the beginning of the pandemic, averaging about 15,000 new cases a day over the last seven days from a peak of around 251,000 average new cases per day in January, according to data compiled by Johns Hopkins University. Hospitalizations and fatalities have also fallen, with Covid deaths averaging about 225 a day — down from a peak of more than 3,400 deaths a day on average in January.

If daily Covid cases should rise again in the fall, as health experts expect they will, some employers in states with low Covid vaccination rates may have to grapple with the difficult choice of reimplementing public health measures, such as wearing masks and social distancing, capacity limits, or sending office workers back home altogether.

There are about 1,000 counties in the U.S. that have Covid vaccination coverage of less than 30%, mostly located in the Southeast and Midwest, CDC Director Dr. Rochelle Walensky recently said. The agency is already seeing increasing rates of infection in those areas due to the further spread of the delta variant.

In Mississippi, for example, where less than a third of the state's eligible population is fully vaccinated, officials last week recommended that all residents continue to wear masks indoors as delta becomes the dominant variant in the state. About 96% of new Covid cases in the state are among unvaccinated people, state health officials said on a call with reporters.

White House chief medical advisor Dr. Anthony Fauci said people may want to consider wearing masks in states like Mississippi where transmission is high and vaccinations are low, even if they are fully inoculated.

"Depending on your personal situation, you might," Fauci said in an interview scheduled to air Friday with SiriusXM's "Doctor Radio Reports" with Dr. Marc Siegel. "For example, someone who's an elderly person who may not actually have a full robust protection, even though the protection is very, very high, or someone with an underlying condition" may still want to wear a mask, he said.

Officials in Los Angeles County, California also recommended last week that "everyone, regardless of vaccination status," wear masks indoors in public places as a precautionary measure.

The United States is still "undervaccinated," and states with low vaccination rates are likely to get hit the worst, Offit said. Less than half of the U.S., about 158 million people, have been fully vaccinated across the U.S. with more than a dozen states fully immunizing less than 40% of their populations, according to CDC data. In Texas, the second-most-populated state behind California, just 42% of its residents are fully inoculated, the data shows.

Even people who are fully protected have cause for concern when it comes to Covid variants, Offit said. While the vaccines protect well against severe disease and death, they may not protect as well against mild disease or spreading Covid to others, he said. No vaccine is 100% effective, he noted.

"It is not a bold prediction to believe that SARS-CoV-2 is going to be circulating two or three years from now. I mean there are 195 countries out there, most of which haven't been given a single dose of vaccine," Offit said. "Will it still be circulating in the United States? I think that would be very, very likely."

Dr. Christopher JL Murray, director of Institute for Health Metrics and Evaluation, agreed that more states will have to reimplement mask mandates this fall. More vulnerable Americans may even need to wear masks every year during peak Covid and flu transmission season: November to April, he said. However, he noted it may be difficult to get some Americans to use face coverings now that the pandemic has waned.

"Given pandemic fatigue, it is going to be harder to get most Americans to follow guidance on mask use and social distancing. When cases and hospitalizations begin to surge again, potentially not until the fall or winter, then it may be easier to persuade some to take measures to be careful," he said.

Dr. Vin Gupta, a Harvard-trained lung specialist and NBC contributor, said mask requirements should be reimplemented this fall but enforced at the local level and dependent on what's happening in the surrounding community with Covid vaccination rates and transmission.

"There has to be some specificity there and several local jurisdictions have to make their own decision, especially as the seasons shift and get back into cold, dry air," he said.

In the meantime, the federal government's mask mandate on public transportation, including airplanes, commuter buses and rail systems, is scheduled to expire Sept. 13 unless the CDC extends it once again.

Whether the CDC does so is an open question, scientists said. Walensky and the White House have both indicated that there is no desire to reinstitute lockdowns and will leave much of the decisions on public health measures up to the states.

"A lot of this isn't science. It's political science," said Dr. Isaac Bogoch, an infectious disease professor at the University of Toronto. "If you have high rates of community transmission of Covid-19 and you have high rates of unvaccinated individuals, it makes sense to mask indoor from a scientific perspective. Whether or not that will be converted to policy is a different question."