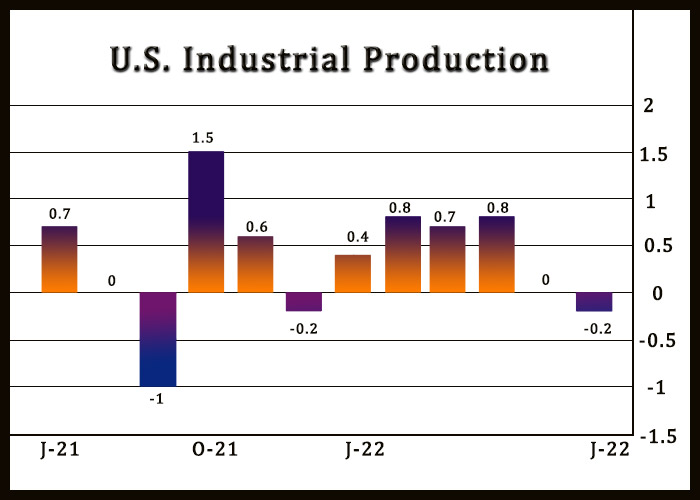 Industrial production in the U.S. unexpectedly edged modestly lower in the month of June, according to a report released by the Federal Reserve on Friday.

The report showed industrial production slipped by 0.2 percent in June after revised data showed production was unchanged in May.

The modest decrease surprised economists, who had expected industrial production to inch up by 0.1 percent compared to the 0.2 percent uptick originally reported for the previous month.

The dip in industrial production partly reflected a continued decline in manufacturing output, which fell by 0.5 percent for the second consecutive month.

She added, “However, these challenges won’t send the industrial sector into a tailspin. The economy still has a fighting chance to avoid a recession, but the pathway to a soft landing is admittedly narrowing.”

The report also showed capacity utilization in the industrial sector fell to 80.0 percent in June from a revised 80.3 percent in May.

Economists had expected capacity utilization to increase to 80.6 percent from the 79.0 percent originally reported for the previous month.