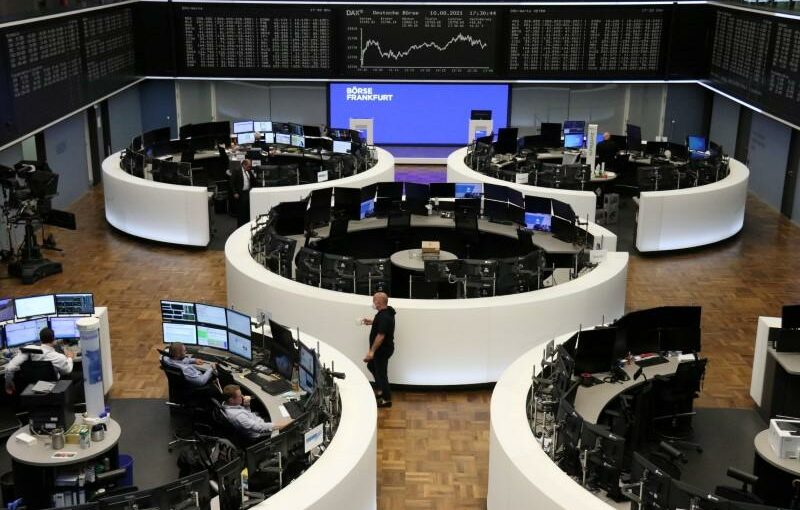 LONDON (Reuters) – Global shares held near record highs on Wednesday as investors waited for data on U.S. inflation to check if they should change their bets on when the Federal Reserve will start scaling back on bond purchases.

“This is important in terms of short-term sentiment,” said Giles Coghlan, chief currency analyst at HYCM.

Investors, however, will then turn to whether the Fed will signal timings on tapering stimulus at a meeting of central bankers in Jackson Hole, Wyoming, on Aug. 26-28, Coghlan said. U.S. non-farm payrolls figures due in September could also influence tapering if they are particularly strong.

After hitting record highs on Tuesday when U.S. lawmakers approved a trillion-dollar infrastructure package, Wall Street was headed for a muted start on Wednesday, with stock futures slightly weaker.

Economists polled by Reuters estimate U.S. inflation rose 5.3% in the 12 months through July, versus 5.4% in June.

“The big question at the moment is are we at peak CPI or is there more in the tank?” said Michael Hewson, chief markets analyst at CMC Markets. He added that a strong figure could trigger a spike in bond yields and send jitters through stocks.

In Europe, the STOXX index of leading companies hit a new peak for an eighth consecutive session as more acquisitions and steady corporate earnings underpinned the economic outlook.

U.S. cybersecurity company NortonLifeLock Inc said it had agreed to buy London-listed rival Avast Plc for up to $8.6 billion to create a leader in consumer security software.

The MSCI all-country index was just below its lifetime high touched on Tuesday.

Crude oil prices fell below $70 a barrel, pressured by a CNBC report that the White House will call on OPEC and its allies to boost production in an effort to combat escalating gasoline prices.

The dollar headed towards this year’s high against the euro and achieved a five-week peak against the yen ahead of the CPI data. The U.S. currency rose to 110.72 yen, and the euro eased to $1.1714.

The greenback was supported by rises in longer and shorter dated treasury yields, which reached their highest levels since mid-July with yields on benchmark 10-year Treasury notes at 1.3675%.

Asian shares slipped on Wednesday as fears about further waves of the coronavirus dampened a positive lead from a record close on Wall Street.

The Delta variant of the new coronavirus is spreading quickly in many Asian countries, raising fears about local restrictions on travel and other activity damaging the economic recovery.