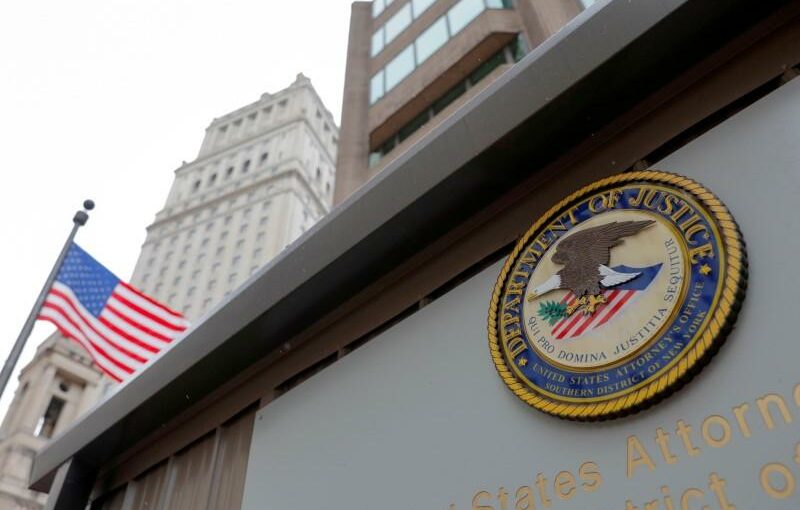 WASHINGTON (Reuters) – The U.S. Justice Department on Wednesday threw its weight behind a proposed rule change that would require banks and other debit card issuers to provide multiple network options to merchants to route online purchases.

The move, made in a comment letter filed to the Federal Reserve by the DOJ’s Antitrust Division, underlines the Biden’s administrations renewed efforts to bolster the government’s antitrust efforts.

“We commend the Board for its efforts to promote competition in this important part of the debit card industry,” Richard Powers, acting assistant attorney general for the antitrust division, said in a statement. “There is limited competition to process online and other card-not-present debit transactions — which in 2019 accounted for over $1 trillion in transaction value.”

In July, President Joe Biden signed an executive order directing government agencies to crack down on anticompetitive behavior across a range of industries, including banking.

The rise of online commerce spurred the Fed to revisit its 2011 “interchange” rule in May, reproposing a portion to ensure debit card providers offer multiple networks to merchants for transactions where the card is not physically present. The Justice Department says that move could ultimately lower costs for consumers.

Reuters previously reported the Justice Department had been investigating Visa Inc for anticompetitive practices in the debit-card market, including directing merchants to pricier networks to route transactions.

Rules around so-called “swipe fees” have been a fierce lobbying battle ground for banks and major retailers ever since the 2010 Dodd-Frank financial reform law directed the Fed to cap how much banks could charge to process a transaction.

When the Fed announced it was revisiting the rule, several large bank lobbying groups said in a joint statement the policy has been “flawed from the beginning” and trying to revisit it “risks causing even further consumer harm.”