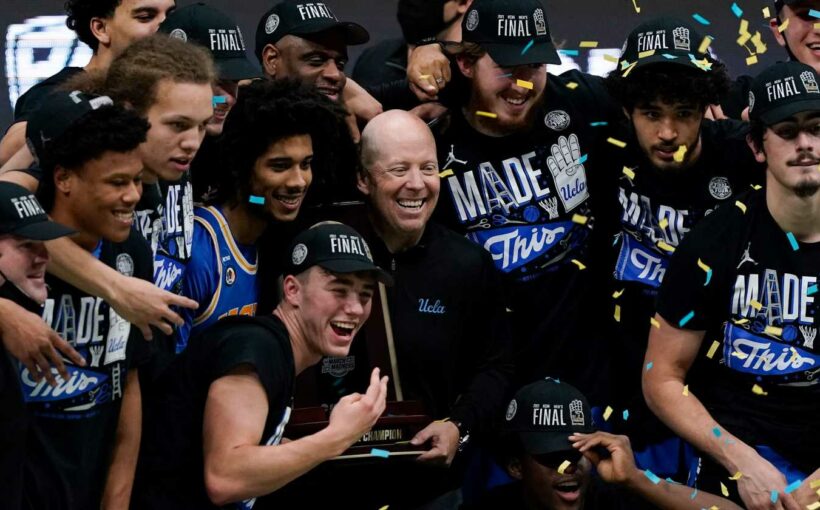 UCLA coach Mick Cronin wasn't the school's first choice to replace Steve Alford in 2019. Or the second. Or the third. Or the fourth.

The Bruins, a blue-blood program with a record 11 men's NCAA Tournament banners hanging from the rafters in Westwood, California, pursued Tom Izzo (Michigan State), Jay Wright (Villanova) and Tony Bennett (Virginia). They made an offer to Tennessee coach Rick Barnes – who turned it down – before punching Cronin's digits.

But Cronin's hire was undoubtedly the right choice. This March Madness has proved that. The Bruins (22-9) will meet overall No. 1 seed Gonzaga (30-0) on Saturday in the nightcap of the men's Final Four (8:34 p.m. ET, CBS).

Criticism about his lack of NCAA Tournament success in 13 seasons at Cincinnati and the belief that the 49-year-old coach's grit-over-flair style wouldn't win over a hard-to-satisfy fanbase all seem like nonsense now.

Cronin has taken a No. 11 seeded bubble team from the First Four to the Final Four with the hardest path of any team still standing in Indianapolis. The Bruins have beaten five teams, including No. 1 seed Michigan in the Elite Eight and No. 2 seed Alabama in the Sweet 16 in overtime. Giant killer? Or is Cronin just tapping into the potential of a blue-blood program that needed a makeover in toughness?