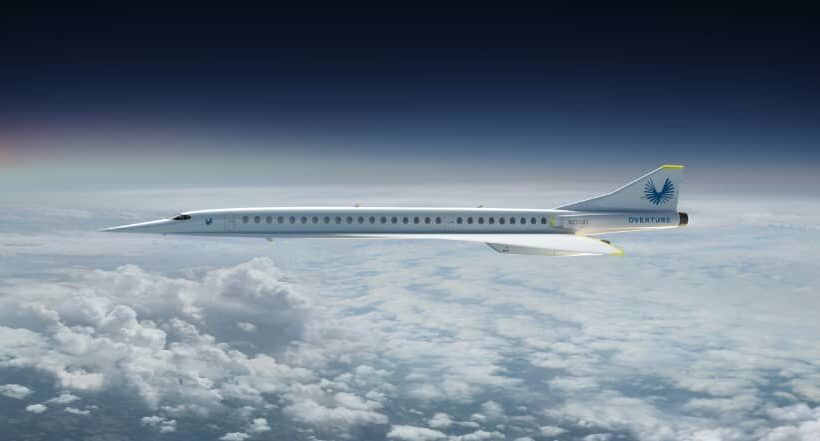 United Airlines is planning to turn the friendly skies into the ultrafast skies with the addition of supersonic jets.

The carrier announced Thursday it's buying 15 planes from Boom Supersonic with the option to purchase 35 more at some point.

Boom's first commercial supersonic jet, the Overture, has not been built or certified yet. It is targeting the start of passenger service in 2029 with a plane that could fly at Mach 1.7 and cut some flight times in half. That means a flight from New York to London that typically lasts seven hours would only take 3½ hours.

"Boom's vision for the future of commercial aviation, combined with the industry's most robust network in the world, will give business and leisure travelers access to a stellar flight experience," United CEO Scott Kirby said in a release announcing the deal.

While the terms of the sale were not disclosed, the companies believe the deal will generate immediate benefits.

Since it was founded in 2014, Denver-based Boom Supersonic has raised $270 million in capital and has grown to 150 employees. For founder and CEO Blake Scholl, landing a firm order with a legacy airline validates his vision of bringing back supersonic flights.

The supersonic Concorde flew commercial flights from 1976 until October 2003.

"The world's first purchase agreement for net-zero carbon supersonic aircraft marks a significant step toward our mission to create a more accessible world," Scholl said in a statement.

For United, ordering Boom supersonic jets fits with the strategy Kirby has outlined since becoming CEO a year ago.

Kirby is aggressively trying to develop opportunities for the airline. Earlier this year, United took a stake in eVTOL start-up Archer Aviation while partnering with Mesa Airlines to order 200 electric aircrafts being designed to fly short distances. That came after United announced a multimillion dollar investment in a carbon capture start-up and committed to be carbon-neutral by 2050.

Part of what made buying supersonic jets appealing to United is Boom's plan to power the planes with engines that will run on sustainable aviation fuel.

Still, it remains to be seen whether Boom's plan to bring back supersonic commercial airplanes will get off the ground.

The company plans to make its first flight later this year with a demonstrator jet called the XB-1. If it goes as planned, Boom will begin production of the Overture in 2023 and conduct its first flight in 2026. The ultimate hurdle will be winning certification by regulators, including the Federal Aviation Administration.

When that happens, United expects to target long-haul international flights between key large cities around the world, like San Francisco to Tokyo and New York to Paris.

United vice president of corporate development Mike Leskinen said the Overture could dramatically alter some of the airline's busiest international routes. "If we can cut the time to fly from the East Coast of the U.S. to certain cities in Europe and do it with lower emissions, we think that's very attractive," he said.