Home » Business » US home prices are at a record high 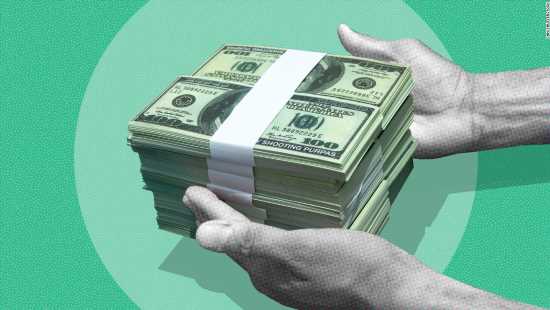 The real estate stories are swirling about homes that sold in record time, with multiple bids — and “all-cash offers.”

In this wild housing market, with 21% fewer homes on the market than last year and demand pushing prices to record highs, the competition for a home is fierce. One thing that can put a potential buyer on the top of the heap is an all-cash offer.
An all-cash offer doesn’t mean showing up with a suitcase full of cash. But it does mean a buyer has the means to purchase the home without taking out a mortgage.

Managers, buckle up. Your job will be harder than ever as we return to the office

A hybrid work model can be really effective. Just ask these companies

Why some companies want everyone back in the office

That may seem impossible to people struggling just to save up for a 20% down payment, but the all-cash offer is becoming increasingly common. In April, 25% of all home sales were all-cash deals, up from 15% a year ago, according to the National Association of Realtors.

To sellers, the appeal of a cash offer is that there’s less risk of the deal falling apart and they usually close faster than a mortgage-contingent offer, said Arlene Gonnella, an agent with Weichert Realtors in Short Hills, New Jersey.

“It makes a stronger offer in this market where sellers are faced with many competing offers,” she said. “Sellers are able to know with certainty they have a done deal.” 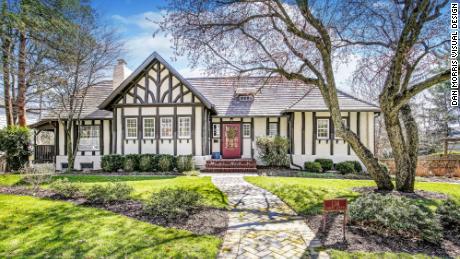 While cash buyers will usually still conduct an inspection, the deal is not contingent on mortgage financing being approved or the possibility the home will appraise under the agreed upon price.
But the cash offer isn’t always the end of the story. Some buyers who win bidding wars by offering cash will ultimately finance the home. And there are even ways buyers who need a mortgage can use all-cash offers to be competitive.

Where does all the cash come from?

Cash used to be king. Someone offering all-cash could typically offer a lower price because of the appeal of a cash deal.
“But now there are other cash buyers, you’re no longer the leader of the pack,” said Tomer Fridman, an agent with Compass in Beverly Hills, California.
Fridman said in his market, especially on ultra high-end sales of $10 million and above, there have always been plenty of cash purchases. But now he’s seeing more cash sloshing around due to sudden “wealth events” like money from IPOs, sales of companies or cryptocurrency windfalls.
“It is wild how many people have that much money,” said Fridman. “Even if someone is buying a home for $1 million all cash — you need to have additional reserves.” 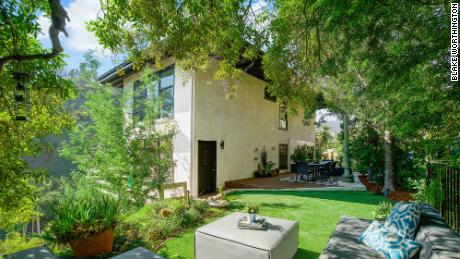 And in such a competitive market, just having the cash is not enough.
A three-bedroom home in Beverly Hills, listed by an agent with Fridman’s team, Antonio Bruno, went on the market on a Friday afternoon at $1.599 million. Bruno did back-to-back showings that day, along with 45 more over the weekend. By Sunday, the sellers had received eight offers, up to $1.8 million, but accepted an all-cash offer with a five-day close and no contingencies for $1.705 million.
“We had offers that included short contingencies that were higher in price and even another cash offer that was higher,” said Bruno. “But the security of knowing that the sellers could sign the offer and be done with the house within the same week with no contingencies was worth the difference in price.”

Able to pay cash, but opting for a mortgage

Financing, especially at currently low interest rates, can still be attractive to buyers, even if they have the cash. But offering cash will increase their chances of closing the deal.
“Interest rates are fabulously low,” said Nina Hatvany, a Compass agent in San Francisco. “Everyone would like a mortgage so they can keep their cash and do something more productive with it. It is just a matter of, How do I win in this competition?”
If it’s between an all-cash offer that can close in 10 days and a financed offer that will take a month or longer, usually the seller will take the cash, said Hatvany. 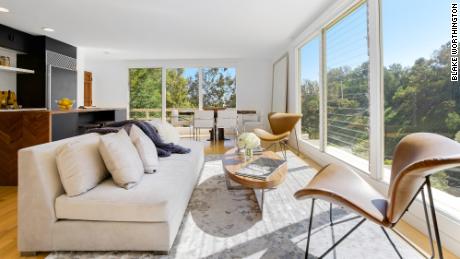 Typically, she says, a financed offer has to be at least 1% higher than the all-cash offer to win the day.
But just because someone is offering cash, it doesn’t mean they aren’t still borrowing.
“With a lot of all-cash offers, buyers are borrowing the money, they just aren’t borrowing it against this property,” said Hatvany. “They may well be using a margin account from stocks. They may be borrowing expected liquidity and getting a line of credit. Or their parents may be lending them a couple million dollars.”
Some buyers will offer cash for a home, and then decide they want a mortgage after their offer is accepted, said Hatvany.
“It isn’t dissembling to swap out the cash for a loan,” said Hatvany. “A buyer has to think about ‘How do I win this property?’ and ‘How can I finance it?'”

An all-cash offer, without actual cash

Lately the number of purchases made by investors — who often buy in cash — has been growing, while the number of first-time buyers has fallen. Typically, the two move in opposite directions.
In April, 17% of buyers were investors, compared with 10% a year ago, according to NAR. First-time buyers, meanwhile, dropped to 31% in April from 36% a year ago.
But all hope is not lost for those venturing into the market for the first time. There are new ways well-qualified buyers can make an all-cash offer, even if they need a mortgage.
When Sherry Lee and Jonathan Kimura were shopping for a new home last fall in Cupertino, California, it was one of the most expensive markets in the country, with a typical home there selling for $2.3 million, according to Zillow. They knew competition was fierce, but Lee, a middle school teacher, and Kimura, a software engineer, did not have the money to buy a home in cash.
“We knew that the Cupertino market was so competitive,” Lee said. They had friends who had been outbid on offer after offer and had been tracking homes on Zillow where properties were routinely selling for $100,000 or $200,000 over the asking price.
When a four-bedroom townhouse came to market at $1.68 million, they decided to jump on it with an all-cash offer with the help of a program from an online lender, HomeLight Cash Offer, which was recommended to them by their real estate agent.
HomeLight, a real estate technology firm and lender, underwrites and approves the buyer, confirming they will be able to qualify for a loan. It has an in-house valuation team that evaluates the home they are seeking to buy. The company then makes an all-cash offer on the buyer’s behalf. If it’s accepted, the company buys it and can close in as few as eight days and holds the home and its title while the buyer secures traditional financing.
For buyers who use HomeLight as a lender, there is a fee of 1% of the purchase price for the service. If another lender is used, the fee is 3%. Currently, the program is only available in California and Texas, with the company saying it is working to expand to new markets across the country.
“You shouldn’t be penalized just because you don’t have a massive amount of liquidity,” said Vanessa Famulener, vice president of HomeLight Cash Close. “We want the average person who is well-qualified to be able to compete with someone with very deep pockets.”

For Kimura and Lee it made all the difference. Their all-cash offer was the winning bid out of at least six offers. They bought the home at $1.7 million.
“No way would we have been able to pay all cash,” said Kimura. “We would have had to go through the normal process waiting for a loan and overbidding by a whole bunch more, the usual way to get a home.”
Source: Read Full Article