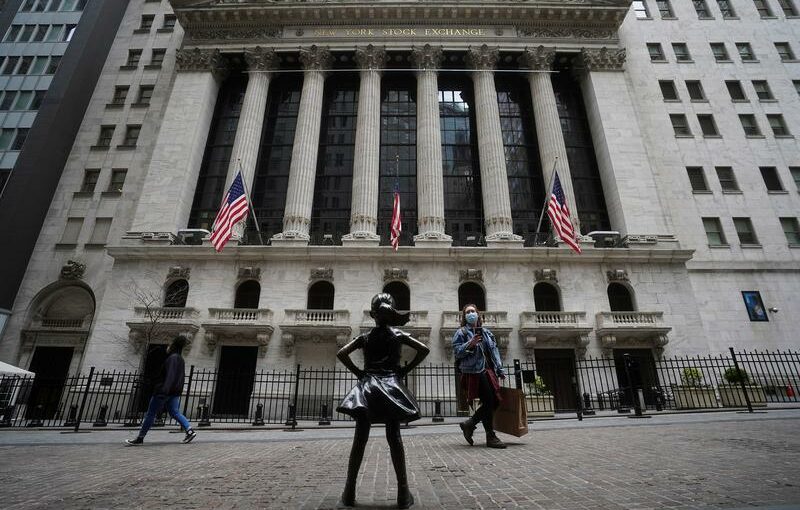 The U.S. 10-year Treasury yield ticked up to 1.6% after ADP national employment data showed U.S. private payrolls increased by 978,000 in May, far more than expected, setting an upbeat tone for the closely watched official jobs report on Friday.

A separate report indicated the number of Americans filing new claims for unemployment hit its lowest level since the start of the pandemic.

ISM’s survey showed a measure of U.S. services industry activity increased to a record high in May.

The strong data could force the Federal Reserve to pare back its crisis support sooner than expected, despite central bank officials’ reassurances to the contrary.

“The investor consensus is that inflation will be more transient in the near term but the probability of inflation moving above targets next year is increasing and there is an unusual degree of uncertainty among investors regarding the inflation outlook,” said Jon Adams, senior investment strategist, BMO Global Asset Management in Chicago.

“The U.S. economy will continue to rebound and that might lead to some inflation worries in the long-term; but we remain largely constructive on the near to medium term inflation outlook.”

Apple Inc, Amazon.com Inc, Microsoft Corp and Alphabet were among the biggest drags on the benchmark S&P 500 as the high-growth stocks, whose future cash flows are discounted when interest rates are higher, fell.

Banks and energy stocks, which track an improving economic outlook, added 0.3% and 0.4%.

FireEye Inc dropped 14.3% after the cybersecurity firm said it would sell its products business, including the FireEye name, to a consortium led by private equity firm Symphony Technology Group for $1.2 billion in cash.

In a bright spot was General Motors Co, up 4.7%, as the carmaker expects first-half 2021 financial results to be significantly better than its forecast as semiconductor chip deliveries pick up in the second quarter. Rival Ford added 3.9%.

The S&P index recorded 12 new 52-week highs and no new low, while the Nasdaq recorded 31 new highs and 16 new lows.