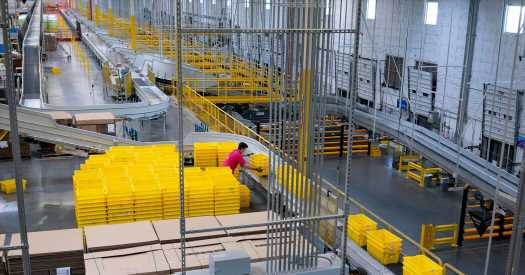 Amazon has embarked on an advertising blitz this winter, urging Congress to follow the company’s lead and raise the federal minimum wage to $15 an hour. American workers “simply can’t wait” for higher pay, the company said in a recent blog post.

In the areas where Amazon operates, though, low-wage workers at other businesses have seen significant wage growth since 2018, beyond what they otherwise might have expected, and not because of new minimum-wage laws. The gains are a direct result of Amazon’s corporate decision to increase starting pay to $15 an hour three years ago, which appears to have lifted pay for low-wage workers in other local companies as well, according to new research from economists at the University of California, Berkeley, and Brandeis University.

The findings have broad implications for the battle over the federal minimum wage, which has stayed at $7.25 an hour for more than a decade, and which Democrats are trying to raise to $15 by 2025. For one, the research illustrates how difficult it can be for low-wage workers to command higher pay in the modern American economy — until a powerful outside actor, like a large employer or a government, intervenes.

Most directly, there is little evidence in the paper that raising the minimum wage would lead to significant job loss, even in low-cost rural areas, a finding consistent with several recent studies. Other research, including a recent report from the Congressional Budget Office, has found a larger negative effect on jobs, although still smaller than many economists believed in the past.

The authors of the latest study — Ellora Derenoncourt of Berkeley and Clemens Noelke and David Weil of Brandeis — studied Amazon, Walmart and Target, which operate in areas where wages tend to be low. But even in those places, the researchers found, wage increases by the large corporate employers appear to drive up wages without driving down employment.

“When you have major changes in the wage policies of large actors in the labor market, this has ripple effects,” Dr. Derenoncourt said in an interview.

The researchers used the federal government’s Current Population Survey, supplemented by evidence from the online job posting site Glassdoor, to estimate what happened in communities where Amazon, Target or Walmart operate after those companies increased entry-level wages in recent years. What they found in many ways confounds traditional economic models: Raising pay did not put the large companies at a disadvantage. Instead, it gave local workers a reason to push their own employers for a raise.

At Mooyah Burgers, Fries and Shakes, a chain with 87 locations in 21 states, the Amazon effect is clear. Employees routinely go to their managers and point out that Amazon is hiring at a significant pay increase.

“When you have those corporations paying that much, it just puts pressure on the smaller business owners,” said Tony Darden, Mooyah’s president. Franchisees can try to have good relationships with their employees, he said, but there is only so far that can go.

“At some point, it always comes down to money,” he said. “And so if there’s an employee who has the ability to make two or three or four or five bucks an hour more at another location, they go directly to the owner or to their manager.”

Many restaurants will grant the pay increase, Mr. Darden said, but at the cost of giving workers fewer hours or hiring fewer employees — a common contention among small-business owners. But while that may be true in individual cases, the Berkeley and Brandeis researchers found little evidence of broad-based job cuts as wages rose. A 10 percent increase in the base wage at a company like Amazon, they found, translated into a 1.7 percent loss in local jobs — and a 0.4 percent loss in jobs for low-wage workers. 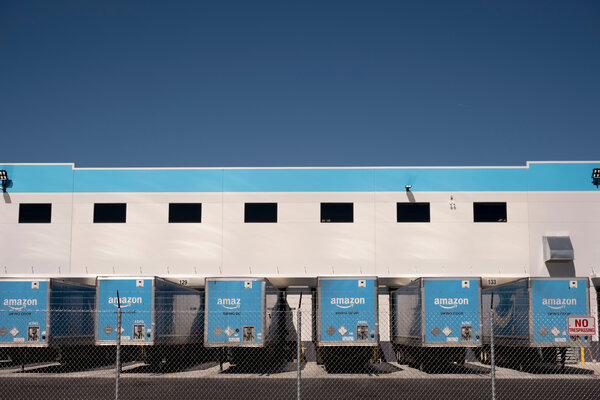 A mounting body of research in recent years suggests that labor markets don’t work in practice the way they do in some economic models. Employees often have less information about their worth than employers, or face greater risks to changing jobs, or can’t readily move between employers the way a pure market assumes. These “frictions,” in economic jargon, often benefit employers over employees, pushing down wages below where supply and demand suggest they should be.

But that leaves room for other forces — in the form of political pressure, organized bargaining or a minimum wage — to push wages up.

“In a very simple supply-and-demand, competitive market, firms are just paying the market wage,” said Arindrajit Dube, a University of Massachusetts economist who has studied the minimum wage. In reality, he said, wages “are shaped by market forces but also by norms, pressure as well as policies.”

Many small-business owners do not welcome the pressure.

Tad Mollnhauer, who runs two printing and shipping retail stores near Orlando, Fla., said entry-level workers typically earned about $10 to $12 an hour. But these days, anyone paying that rate risks losing workers to Amazon. (The state’s minimum wage is under $9 an hour but will rise to $10 this year under a referendum approved by voters in November. The minimum will rise a dollar a year after that, hitting $15 an hour in 2026.)

Mr. Mollnhauer said it was hard for small companies like his to match Amazon’s pay.

“Their network and their resources are spread out around the country,” allowing Amazon to pay above-market wages in some places, he said. “For me, as two stores, I can’t do that.”

Jay Carney, a senior vice president for Amazon, said the company was conscious of the impact its policy might have on other employers. “We knew that by doing it, we would encourage other employers to do the same, and if that happened then it would put upward pressure on wages in general, which would be good,” he said.

But he rejected suggestions that Amazon is using its political power to hurt its rivals. “We have no power to force anybody to do this, only Congress does,” he said.

Jared Bernstein, a member of the White House Council of Economic Advisers, said the paper showed both the potential spillover effects for workers from raising the federal minimum wage — which studies suggest would help workers who earn more than the minimum also get raises — and the limits of private company efforts.

“There’s just no way to be sure to reach the tens of millions of hardworking but poorly paid workers without significantly raising the national minimum wage,” he said.

No Republican senator supports the $15-an-hour bill that Amazon has endorsed, and several Democrats have reservations about it. Given those headwinds and an adverse ruling from the Senate parliamentarian, the provision will almost certainly not make it into the final version of President Biden’s relief package.

But the researchers’ findings suggest that there are other ways to raise pay for low-wage workers. Political pressure on big companies can lift pay not just for their direct employees but also for other workers in the same area. Other policies could mimic that effect: If the federal government requires its contractors to pay more, as Mr. Biden has directed by executive order, it could help increase wages throughout the private sector.

Many people are skeptical of Amazon’s motives in pushing the federal $15-an-hour effort, noting that the company faces scrutiny from Democrats over its treatment of workers, accusations that it has stifled competition and its moves to fight unionization.

Other business groups accused Amazon of using its scale and political influence to squeeze smaller competitors.

“Amazon is clearly doing very well in the current economy,” said Misty Chally, executive director of the Coalition of Franchisee Associations, which represents franchise owners. But gyms, hair salons and many other businesses that compete with Amazon are “all struggling to stay in business right now,” she said.

Mr. Dube said he had concerns about the power of companies like Amazon and Walmart. But the upward pressure they put on wages, he said, wasn’t one of them.

The “Amazon effect” on wages comes as no surprise to organizers of the Fight for $15 campaign. From its start in 2012, the movement sought to put pressure on private employers, not just elected officials.

The two fed each other, said Mary Kay Henry, president of the Service Employees International Union, which has backed the campaign: Minimum-wage increases in big cities encouraged companies like Walmart and Target to raise pay nationwide, which in turn prompted more minimum-wage increases and helped fuel the effort to raise the federal wage floor.

Policies like Amazon’s are particularly significant in places where the minimum-wage argument has never gained much of a foothold, like the South.

“It shifts the politics of minimum wage in those corners of the country,” Ms. Henry said. “It busts the myth it can’t happen here.”