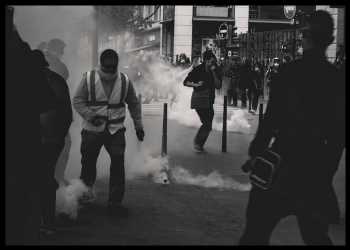 On September 15, President Joe Biden will host the “United We Stand Summit” at the White House.

Announcing the news, White House Press Secretary Karine Jean-Pierre said the summit is being organized to counter the corrosive effects of hate-fueled violence on American democracy and public safety, highlight the response of the Biden Administration and communities nationwide to these dangers, and put forward a shared vision for a more united America.

The summit will bring together heroes from across America leading work in their communities to build bridges and address hate and division, including survivors of hate-fueled violence.

President Biden will deliver a keynote speech. The summit will also feature bipartisan panels and conversations on countering hate-fueled violence, preventing radicalization and mobilization to violence, and fostering unity.

Communities across the country will be invited to watch the summit live and engage in a national conversation about standing together against hate-fueled violence.

“Even as our nation has endured a disturbing series of hate-fueled attacks, Americans of all beliefs and political affiliations remain overwhelmingly united in their opposition to such violence,” Biden’s Domestic Policy Advisor Susan E. Rice said in a statement.

She called on Americans to nominate an extraordinary “Uniter” in their communities to be recognized by the White House. “Please email [email protected] with information on a leader in your community who inspires change by building bridges and countering hate-fueled violence,” she said in the statement.