Home » Business » Why SoulCycle's CEO accepted the job on the heels of a company controversy: 'I'm not afraid of a challenge' 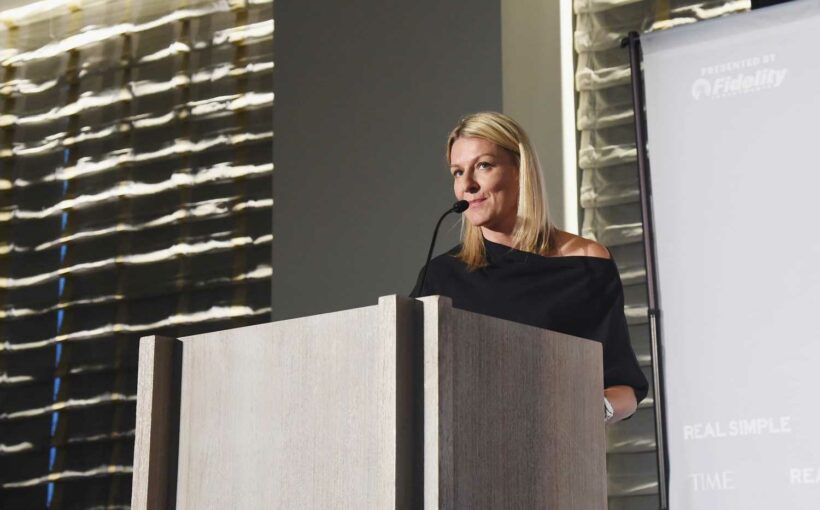 This story is part of the Behind the Desk series, where CNBC Make It gets personal with successful business executives to find out everything from how they got to where they are to what makes them get out of bed in the morning to their daily routines.

Evelyn Webster thought her friend's question at dinner was ridiculous: What gives you joy?

At the time, Webster lived in New York City as the CEO of Guardian News and Media's international operations. She was content in the position, but felt ready to explore other options. "The role began to feel quite familiar — and I like a challenge," Webster, 52, tells CNBC Make It.

Her friend suggested making a list of brands that gave her joy every day. At the top: SoulCycle, the New York City-based fitness brand that hosts 45-minute indoor cycling workouts at more than 90 locations in the U.S., Canada and the U.K.

For six years, it had been her go-to form of exercise. "It's my sanctuary. It's my oasis," she says.

What happened next was either "serendipity or coincidence," Webster says: She went home and read that SoulCycle CEO Melanie Whelan had abruptly resigned. Despite zero fitness industry experience, Webster identified the opening as her dream job — and landed it a year later, due partially to her six-year track record as a media CEO.

She'd take SoulCycle's helm in December 2020, leading an in-person workout brand amid a global pandemic. Then, weeks before her start date, her dream job got harder: Business Insider reported allegations from SoulCycle riders and staff that the company enabled toxic behavior, from sexual harassment and anti-gay and racial discrimination to fat-shaming.

Today, Webster is responsible for turning around that culture and chasing enough revenue to keep the brand afloat. SoulCycle declined to provide revenue figures, but in May, its parent company Equinox Group explored going public through a SPAC that would have valued it at more than $7.5 billion. The deal reportedly fell through in July.

Here, Webster discusses how she grappled with those changes, the challenges of starting a new job during a pandemic and why she never second-guesses her ambition:

On starting a new job deep in the pandemic: 'I like to be with people, I feed off energy in the room'

I want to be very honest: I wouldn't recommend starting a new job with a new team when you actually can't meet them in person.

I like to be with people. I feed off energy in the room. That's why I love the Soul community — the energy is part of the experience.

I've learned, over the course of the pandemic, how to create those relationships through a computer screen. It requires discipline to remember to stop and say, "Hey, where are you? That's an amazing piece of art that you've got behind your left shoulder."

Some of the things we take for granted — like the casual, accidental, serendipitous interactions with each other in the office when you're walking around — you have to practice that, when you're talking to people via Zoom.

On rebuilding SoulCycle's culture: 'There probably lies a challenge for me'

I knew those headlines [about SoulCycle's culture] hinted at something. I thought, "There probably lies a challenge for me, and I'm not afraid of a challenge."

There were missteps. [My first step was to] understand what those missteps were, and set foundational values to help us avoid those going forward. I saw it as a problem that needed to be solved, and I love solving problems.

Our corporate values are almost like a contract that I have with all of my colleagues, that we hold each other to. They're behaviors that we support and advocate: authenticity, integrity, accountable, community, empathy, inclusivity and inspiration.

Embedding those values in the organization and helping our colleagues understand what they mean and how we live by them has been a significant step. When we act with authenticity, make decisions with integrity and hold ourselves accountable, we build a strong community rooted in empathy and inclusivity.

Cultures don't get fixed or created overnight. It's a journey, and I'm proud of the work that we've done so far. This organization will continue to be better.

On the best career advice she's received: 'Just jump in and do it'

Very early in my career, I worked for someone who became my mentor and friend. She gave me the best advice: Just jump in and do it. Believe that you are capable of more.

[Around the same time] somebody sat me down and told me that he thought I was being premature applying for a bigger job. He made me feel embarrassed about being ambitious. I remember really questioning myself. He was trying to put me in a box and make me feel less than.

Fortunately, I chose to follow [my mentor's] advice and ignore his. We should never be boxed in. Of course, like everybody, I sometimes pause and reflect on the decisions I've made, the actions I've taken. Was that right? Could I have done better?

I think that's how we grow. If you deal with every situation believing there was no alternative or better way, I'm not sure how you improve.

This interview has been edited for length and clarity.

Co-founder of $1.6 billion brand Skims: 'I have a rule — you have to do things that scare you'

Self-made millionaire Joy Mangano's advice for getting started: 'Have a reality check, and really look at your life'

This first-generation Mexican-American became one of fashion's top CEOs — while raising three kids as a single mom. Here's how