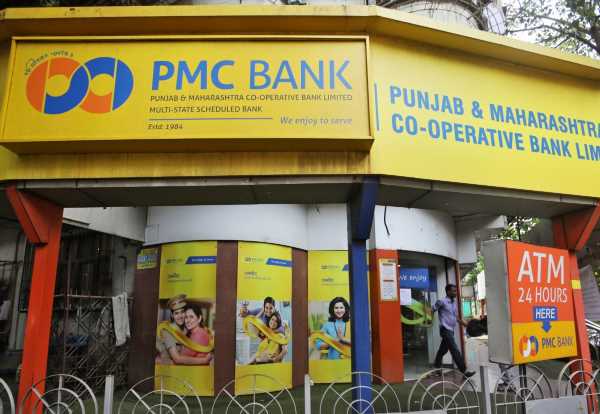 Mired in corruption, politics and with a history of suicides by its hapless depositors, PMC Bank’s revival is a challenge very different from Yes Bank and LVB, both for the regulator and the rescuer, observes Tamal Bandyopadhyay. 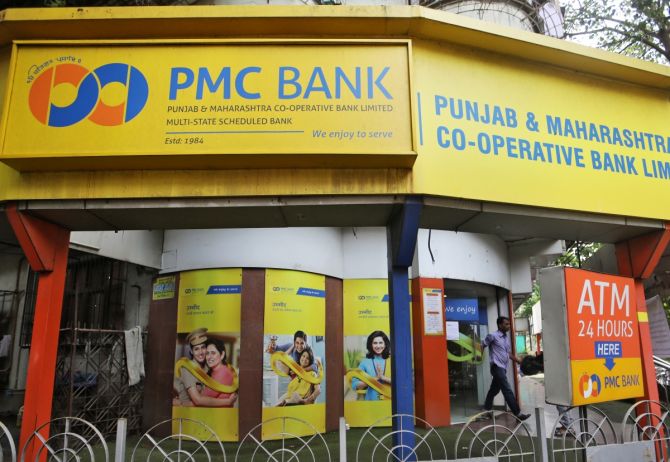 The clock is ticking. After Yes Bank Ltd and Lakshmi Vilas Bank Ltd (LVB), all eyes are on Punjab and Maharashtra Co-operative (PMC) Bank.

The scam-hit co-operative bank is evaluating three bids it has received for its revival.

Unlike Yes Bank and LVB, where the revival plans were kept under the wraps and announced with electric speed after freezing their businesses, the last lap of PMC Bank’s revival has started only now while a moratorium was clamped on it many months ago.

On September 23, 2019, the Reserve Bank of India superseded the bank’s board of directors, appointed an administrator and capped deposit withdrawal at Rs 1,000.

By that time, we will know which way the bank will go — revival or liquidation.

The process had started in November 2020 when PMC Bank invited the so-called expressions of interest (EoI) from investors to take over its management control.

Financial institutions, individuals or companies, societies, trusts or any other such entities were eligible for making bids.

The EoIs were to come by November 20 and proposals by December 15. The deadline was extended to February 1.

The RBI had informally been in talks with many banks and non-banking financial companies in its search of a potential suitor.

Who are the three bidders?

Surinder Mohan Arora of Ideal Group, which is in the business of vitamin food products and textiles, along with a group of overseas investors.

Sanjeev Gupta, an Indian-born British businessman, and the founder of Liberty House Group in the UK.

In April 2016, when Tata Steel UK announced its intention to sell its UK-based operations, Gupta made a bid for it and launched Liberty House’s Greensteel strategy.

This group has bought Tungsten Bank, the banking unit of an invoice processing company, and loss-making Diamond Bank, the UK subsidiary of a Nigerian bank.

The third bidder is the Centrum Group, headed by veteran banker Jaspal Bindra, who was group executive director and chief executive officer, Asia, of Standard Chartered Bank before this assignment. Fintech firm BharatPe has teamed up with Centrum as a co-bidder.

The successful bidder will be able to convert the co-operative bank into a small finance bank.

PMC’s former managing director, along with six key officials, including a few board members and chairman Waryam Singh, sanctioned these loans which were not captured by the bank’s system.

The group of seven — now behind bars — had created 21,049 fictitious accounts to ensure that the balance sheet would reflect the loan disbursed to HDIL group companies without revealing their identities.

The money borrowed from PMC Bank through 44 loan accounts was used to settle loans taken from other banks by HDIL.

While the bank doesn’t have many assets, in the 18 months between September 2019 and March 2021, around Rs 900 crore (rs 9 billion) has been spent on employees’ salary, rental for branches and on running the technology platform to keep it alive. Besides, a forensic audit would not have come free.

PMC has 137 branches across seven states. Forty of them are owned by the bank, and of the 97 rented premises, 25 have been shut.

Similarly, the contractual employees have been asked to go; some of the regular ones have also left the bank for better opportunities. There has been a pay cut, too.

The bank now has 1,200 employees on the payroll; around 65 per cent of them are women.

The problem stems from the fact that about 30 per cent of its depositors have 92 per cent share of the deposits.

This is exclusive of contingent liabilities such as letters of credit and guarantees. If we include them, the gap can widen to Rs 7,500 crore.

If the RBI doesn’t find any bid acceptable, PMC Bank will go for liquidation.

The RBI arm, which offers deposit insurance, will be able to cover just the cost by selling all assets.

Since liquidation doesn’t happen overnight, more money will be spent till the process is completed.

For any bidder, this is a tough task as it will take long to revive the bank — an exercise that could be fraught with legal cases.

As the PMC brand has been destroyed, it will be difficult to attract fresh deposits as well as talent to run the bank.

The revival is worthwhile if it is better than liquidation because it will protect the depositors and the employees.

For revival, part of the large-value deposits can be converted into equity or similar instruments; also, the insurance provider must extend Rs 4,000 crore as a long-term soft loan to the successful bidder.

But that’s not all. Right skill, care for governance and prudence are required, besides financial muscle, for rebuilding the bank with a new licence.

It is already late. Mired in corruption, politics and with a history of suicides by its hapless depositors, PMC Bank’s revival is a challenge very different from Yes Bank and LVB, both for the regulator and the rescuer.

Tamal Bandyopadhyay is a consulting editor with Business Standard, is an author and senior adviser to Jana Small Finance Bank Ltd.