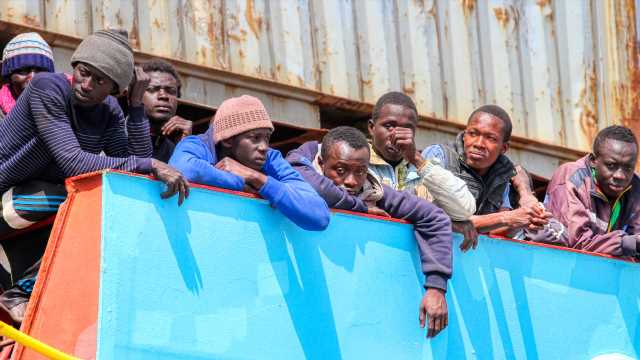 As central banks on the African continent fight to keep cryptocurrencies from going mainstream, many more migrant workers are increasingly turning to money-sending platforms that use cryptocurrencies when moving funds across borders.

More Than Just an Investment

Thus in addition to becoming a “hot investment for hedge funders and corporate moguls,” crypto-assets like bitcoin are now seen as “a cost-effective way to transfer money throughout the developing world.” Also adding to the growing popularity of cryptocurrencies, are lockdown measures imposed in many countries starting in March 2020.

In a bid to halt the spread of Covid-19, governments around the world imposed restrictions on human movement and this, in turn, made the normally reliable money transfer channels less accessible. With movement now heavily curtailed, bitcoin and other cryptocurrencies naturally emerged as the next secure and cost-effective alternative means of transferring money across borders.

As various studies have shown, cryptocurrency use surged after March 2020. Since then, some central banks have been trying to check this growing popularity. To illustrate, before the Nigerian Central Bank (CBN) issued an order that barred banks from servicing crypto customers, remittances into that country via cryptocurrencies had been surging. On the other hand, official data shows that remittances via normal channels had plunged to record lows.

According to some Nigerian-based crypto enthusiasts, it is this plunge (in remittances) that prodded the CBN into taking action against the crypto industry. Similarly, the CBN’s recently announced incentive scheme for Nigerians receiving remittances via official channels represents another attempt to halt the continuing slide cross-border remittances inflows.

Meanwhile, as the Quartz Africa report acknowledges, it is these “minimal crypto transaction costs that enable cryptocurrencies to “beat exorbitant transaction fees of traditional money wire companies like Western Union and Moneygram.” Similarly, Bitcoin.com News reported in October 2020, that a World Bank study had found Sub-Sahara Africa to be the most expensive region in the world with an average sending cost of 8.47% in Q3 of 2020. This figure is well above the UN Sustainable Development Goal (SGD) 10C targeted threshold of 3%.

On the other hand, a Chainalysis 2020 Geography of Cryptocurrency report similarly confirms that many African expatriates are indeed opting for cryptocurrencies when sending funds back to the region. The report reveals that “roughly $562 million worth of cryptocurrency was transferred directly from overseas addresses to ones based in Africa in retail sized payments.”

While the Chainalysis report concedes that this figure ($562 Million) is unlikely to represent remittances from all expatriates,” the blockchain analysis firm still finds that many migrants are choosing cryptocurrencies due to the “low-fee remittances.” To illustrate this point, the report reveals that for “some country pairs that see large remittance flows, such as South African to Nigeria or South Africa to Malawi, the fees can be as high as 15%.”

Yet as Bitinfocharts data shows, the network fees (or transaction costs) of some crypto assets like bitcoin cash (BCH), XRP, and XlM only represent a very tiny fraction of one dollar. For example, an average fee of $0.0032 per transaction was realised from the 360,000 plus transactions that were recorded on March 29 on the Bitcoin Cash network. According to the data, each of these transactions had an average value of $15,020. Similarly, other altcoins like XRP, dash, and stellar all have network fees that are much lower than the UN target of 3%. Unless central banks and financial institutions work to lower remittances fees, the use of cryptocurrencies when sending money abroad will continue to grow. Simply banning or attempting to kill cryptocurrencies will not succeed when there is no alternative.