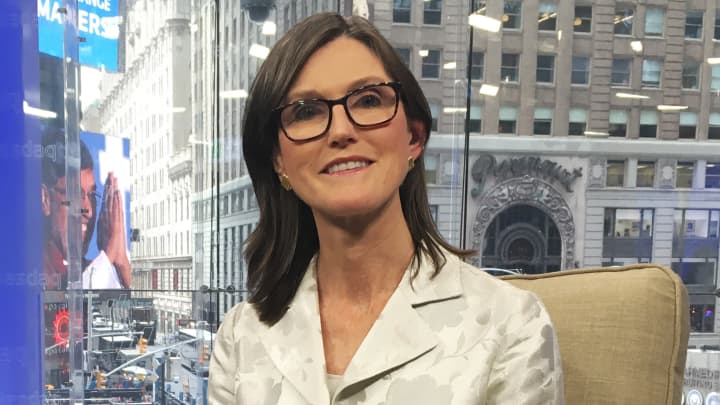 The CEO and chief investment officer of the explosively popular active management firm told CNBC this week that the cryptocurrency's catalysts are adding up as it soars to unprecedented new highs.

"I think the probability of an ETF has gone up," Wood told CNBC's "ETF Edge" in a sweeping interview on Wednesday.

With Gary Gensler — a longtime financier who taught a digital currency class at the Massachusetts Institute of Technology — being nominated to lead the Securities and Exchange Commission, the watchdog could warm to crypto during the Biden administration, Wood said.

"I think we have individuals now involved who really understand the space and I think the likelihood has gone up" for a U.S.-based bitcoin ETF.

Now that U.S. corporations including Ark Invest favorite Tesla are adding bitcoin to their balance sheets, its potential for profits has exponentially grown, Wood said.

"We expected institutional interest to pick up this year and it certainly has, but the way in which it's picked up has surprised us," she said. "I don't think we ever thought there would be broad-based substitution of bitcoin for cash on corporate balance sheets, so, we find that very interesting."

Tesla revealed a $1.5 billion bet on bitcoin through SEC filings earlier this month. Several other major players in the U.S. market including BlackRock, Mastercard and Square have also announced moves into the space.

"If all corporations in the United States were to put …10% of their cash into bitcoin, that alone would add $200,000 to the bitcoin price," Wood said. "Now, we obviously do not believe this is going to happen very quickly. We're talking about maybe the equivalent of [a] $900 billion market cap."

"This has to mature a little bit before broad-based adoption can take place, but we're very reassured that companies like Square and Tesla have chosen to allocate," Wood said Wednesday.