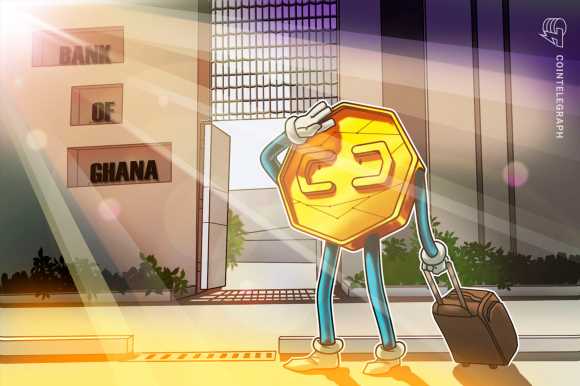 The Bank of Ghana (BoG) is making another step towards the development of a central bank digital currency (CBDC) by partnering with a German currency technology provider.

The BoG officially announced Wednesday that it signed an agreement with German banknote and securities printing company Giesecke+Devrient (G+D) to pilot a retail CBDC in Ghana, West Africa.

As part of the agreement, G+D will provide its proprietary CBDC solution known as Filia to pilot the issuance of a digital form of Ghana’s national currency, the cedi. The digital currency will be tested in a trial with local banks, merchants, payment service providers, consumers as well as other related parties.

The project is part of Ghana’s digitization strategy, the “Digital Ghana Agenda,” aimed at digitizing data and government services for the country of 30 million people. Also known as e-cedi, the digital cedi aims to complement the country’s traditional national currency as a digital alternative. According to the announcement, the CBDC should facilitate payments without a bank account, contract or smartphone.

BoG governor Ernest Addison said that the e-cedi provides a great opportunity to create a “robust, inclusive, competitive and sustainable financial sector, led by the central bank.” “From all indications, the concept has a significant role to play in the future of financial service delivery globally. This project is a significant step towards positioning Ghana to take full advantage of this emerging concept,” he added.

Originally specialized in high-quality currency and securities printing, G+D has become deeply focused on digital payments and CBDC technology in recent years. As of August last year, G+D was already negotiating using its Filia technology with six global central banks like the Bank of Thailand to create CBDCs.

Apart from working on CBDC technology, G+D has been also actively investing in the blockchain and cryptocurrency industry, last year leading a $17 million Series A funding round for Metaco, a Swiss startup providing custody services for cryptocurrencies and stablecoins.