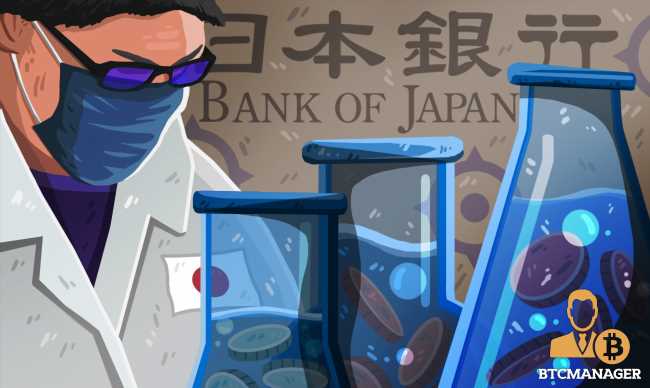 Japan’s Central Bank has begun its first testing stage involving the use of Central Bank-based Digital Currencies(CBDC), experimenting with functions like distribution and issuance. The first phase will take about one year, primed to end around the third month of 2022.

The Bank of Japan plans to go through with the second and third phases after that, which will involve business owners’ participation in an experimental program. According to the executive director of the Central Bank, Shinichi Uchida, it will not issue CBDCs now but is prepared to offer them in the future if the need arises.

In October 2020, Japan’s Central Bank announced it would experiment on Central Bank Digital Currencies’ usability and sustainability as a necessary step. According to Uchida, the assessments will get done through a Proof-of-Concept method.

The continuation of the experiment will continue if the court sees the adoption of CBDC fit. Uchida aired his views on the possibility of CBDCs becoming a payment currency, stating,

The executive director stated that the CBDC project was met by two queries addressing its feasibility, including how many use cases it will have on the market and whether more people are willing to open bank accounts to hold the digital currencies.

Is CBDC the Future?

Uchida is confident that many Central Banks are on the lookout for CBDC’s that can be convenient for their financial systems. He said that the technology today will improve settlement systems across the globe. Other countries experimenting with Central Bank Digital Currencies include Turkey, France, the Bahamas, and Switzerland.

According to a survey by the Bank of International Settlements, emerging markets are more easily primed to adopt CBDCs than developed ones and, therefore, might quickly develop a national cryptocurrency.

Payment service platforms such as Visa and Mastercard have already joined the Central Bank-based cryptocurrency train and have included currency-backed cryptos in their payment ecosystems.

Visible, But Not There Yet

Although several nations are testing fiat-backed cryptocurrencies’ sustainability, we might be far from achieving an autonomous CBDC financial system. The question of who will provide the digital coins and how to regulate them still stands.

Institution-backed cryptocurrencies do not carry the anonymity feature that non-asset-backed digital currencies have, which has driven several people away from the assets. The need to answer the mind-bending queries raised by financial advisors is imperative before financial regulators embark on whether to dismiss or allow the usage of CBDCs.