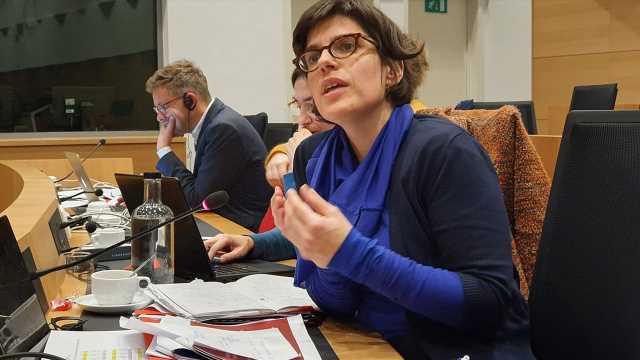 The official Twitter account of Belgium’s Minister of Energy was the recent victim of a high-profile hacking incident. Tinne Van der Straeten’s profile was hacked to promote a bogus giveaway of ethereum tokens.

Whoever was behind the incident changed the minister’s verified profile to “Ethereum Foundation” to make it look legit. First reports indicated that a fake giveaway of 50,000 ETH started to spread out over Van der Straeten’s account.

But no tweets were seen at the time the minister’s staff restored the account. However, her Twitter profile’s activity during the incident showed that the hacker liked tweets published by bitcoin investor Cameron Winklevoss and venture capitalist Chamath Palihapitiya.

An investigation is ongoing to understand how this could have happened.

Her cabinet recommended all employees take the proper security measures to avoid such kinds of situations. However, the spokesperson clarified that no other accounts nor sensitive data were compromised in the incident.

Although there are no details on who could be the mastermind of the attack, the incident happened just hours after a similar one involving the Flemish Education Minister.

According to The Brussels Times, Ben Weyts’ Twitter account was hacked on February 9, where hackers published strange messages such as “I love acid (not the drug).”

A similar incident happened in September 2020 but involving to Indian Prime Minister Narendra Modi. His account was hacked by unknown threat actors, who also asked in a series of tweets for bitcoin donations as part of the National Relief Found for Covid-19.

The hacker used the pseudonym John Wick, which likely refers to the action movie character of the same name portrayed by Keanu Reeves.

Interestingly, it’s also the alias of a known cybercrime group, although authorities didn’t manage to trace the masterminds behind the incident.

What are your thoughts on this incident? Let us know in the comments section below.