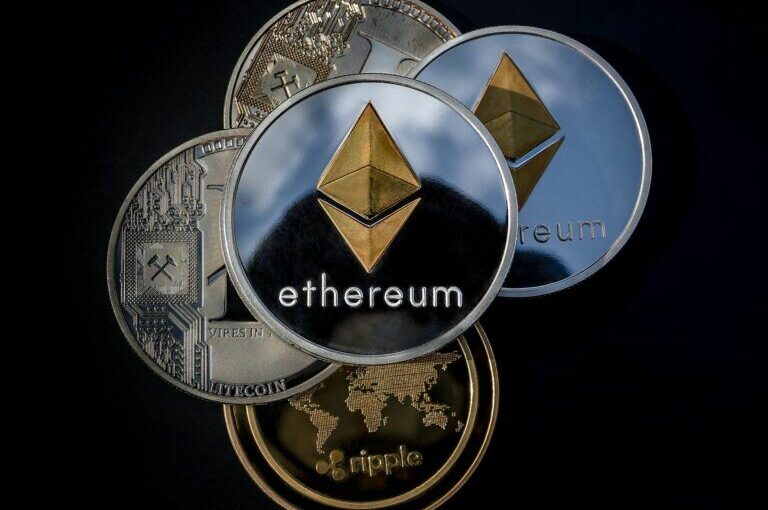 On Thursday (August 4), crypto analyst Ben Armstrong, the host of the very popular YouTube channel “BitBoy Crypto“, named three digital assets that he believes should be in every crypto investor’s porfolio.

So, the question is why would he be so bullish on these cryptoassets. Well, the reason might be that there are bullish narratives around all three of these:

Here is how Ethereum Foundation explains The Merge:

“The Merge” hard fork is expected to go live on the Ethereum mainnet next month:

As you probably already know, on 22 December 2020, the U.S. Securities and Exchange Commission (SEC) announced that it had “filed an action against Ripple Labs Inc. and two of its executives, who are also significant security holders, alleging that they raised over $1.3 billion through an unregistered, ongoing digital asset securities offering.” Essentially, the SEC is arguing that XRP is a security under U.S. federal securities laws.

American lawyer John Deaton (@JohnEDeaton1 on Twitter), the owner of the Deaton Law Firm (which is based in East Providence, Rhode Island), who has been closely following and commentating on the SEC’s lawsuit against Ripple. Deaton is also the founder of the website CryptoLaw, which “was launched in 2021 to be a clearinghouse of information, news and analysis on key U.S. legal and regulatory developments for digital asset holders”, as well as the host of the YouTube channel “CryptoLaw”.

On July 19, the New York Regional Office of the SEC filed a letter (dated June 7) addressed to U.S. District Judge Hon. Analisa Torres, in which the SEC said it “opposes six XRP investors’… motion to file an amicus brief regarding the opinions of one of the SEC’s experts.” The SEC went on to say that the U.S. District Court for the Southern District of New York should deny this motion and “prohibit Deaton from any further participation in these proceedings.”

Well, July 26, XRP holders got a win when Judge Torres issued an order that denied the SEC’s request (which means Deaton is allowed to keep amici status).

On Monday (August 1), Charles Hoskinson, Co-Founder and CEO of Input Output Global (“IOG”), the company responsible for Cardano’s research and development, shared some important news about the upcoming Vasil hard fork, which recently got delayed by “a few more weeks.”

On August 1, the IOG CEO released a short video, in which he explained why the Vasil hard fork had been delayed for a second time and provided an status update regarding the testing of the Vasil protocol update.

“Originally, we planned to have the hard fork with 1.35, and that’s what we shipped to the testnet. The testnet was hard forked under it. And then a lot of testing, both internal and community, were underway. A collection of bugs were found: three separate bugs that resulted in three new versions of the software. And now, we have 1.35.3, which looks like it is going to be the version that will survive the hard fork and upgrade to Vasil.

“There’s a big retrospective that will be done. The long short is that the ECDSA primitives and amongst a few other things are not quite where they need to be. And so, that feature has to be put aside, but all of the remaining features, CIP 31, 32, 33, 40 and other such things are pretty good.

“So those are in advanced stages of testing, and then a lot of downstream components have to be tested, like DB Sync and the serialisation library, and these other things. And that’s currently underway. And a lot of testing is underway. As I mentioned before, this is the most complicated upgrade to Cardano in its history because it includes both changes to the programming language Plutus plus changes to the consensus protocol and a litany of other things, and was a very loaded release. It had a lot in it, and as a result, it’s one that everybody had a vested interest in thoroughly testing.

“I was really hoping to get it out in July, but you can’t do it when you have a bug, especially one that is involved with consensus or serialisation or related to a particular issue with transactions. Just have to clear it, and that’s just the way it goes. All things considered though, things are moving in the right direction, steadily and systematically…

“The set of things that could go wrong have gotten so small, and now we’re kind of in the final stages of of testing in that respect. So unless anything new is discovered, I don’t anticipate that we’ll have any further delays, and it’s just getting people upgraded…

“And hopefully, we should have some positive news soon as we get deeper into August. And the other side of it is that no issues been discovered with pipelining, no issues of been discovered with CIP 31, 32, 33 or 40 throughout this entire process, which is very positive news as well, and given that they’ve been repeatedly tested internally and externally by developers QA firms and our engineers, that means there’s a pretty good probability that those features are bulletproof and tight. So just some edge cases to resolve, and hopefully we’ll be able to come with a mid-month update with more news.“