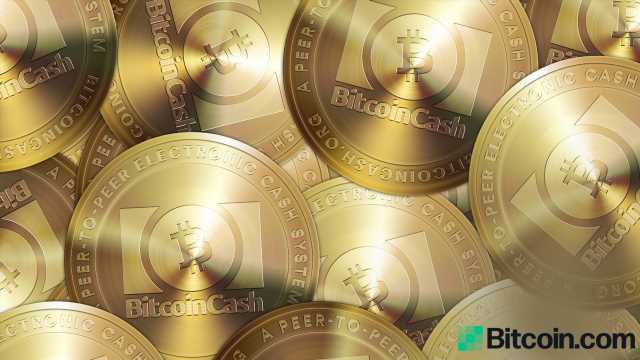 At the end of January, the Matrixport subsidiary and leading derivatives exchange Bit.com announced the introduction of bitcoin cash perpetual swaps and options. Following the launch, the daily 24-hour volume has exceeded expectations doubling every day ever since.

During the last few years, there’s been a number of derivatives exchanges leveraging bitcoin (BTC) and ethereum (ETH) futures. This has been followed by the addition of perpetual swaps and options based on these crypto assets as well. Many assume that the upcoming ETH-based futures launch on the leading derivatives market operated by CME Group has bolstered the price of ether a great deal.

Just recently, Bit.com announced that the team would be adding bitcoin cash (BCH)-based perpetual swaps and options. Bit.com noted that the derivatives markets these days are dominated by BTC and ETH, but BCH is a crypto asset recognized by institutions, the exchange announcement detailed.

Bitcoin cash also has almost the same if not equal to the number of BTC merchants and just recently, BCH transactions per day have been catching up with BTC’s 24-hour transaction rate. Moreover, as ETH and BTC transaction fees have climbed, crypto users are finding solace in the fact that BCH fees are less than a U.S. penny per transfer.

Meanwhile, Bitcoin Cash supporters were thrilled to hear that the volume for BCH options has been doubling daily at Bit.com. One specific thread about the options volume was a top post on the Reddit forum r/btc during the weekend.

One user said the news was “bullish,” while another BCH fan said that the momentum won’t stop. “It’s not going away,” he said. “Usefulness [is] increasing. Users [are] increasing,” he added.