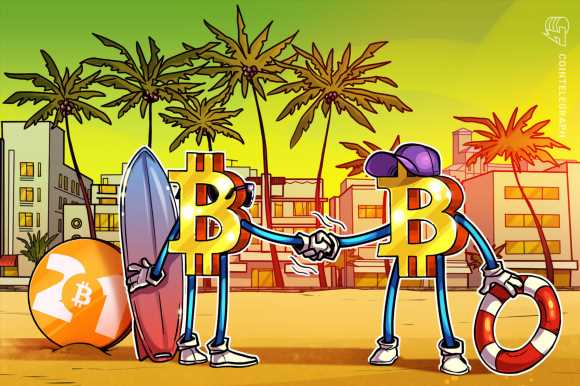 The events kick off at 9:00 am Eastern Time (1:00 pm UTC) with opening remarks by a Miami-Dade County commissioner. Cointelegraph will continue posting Bitcoin 2021 updates on Twitter as well as the YouTube channel.

One of the key speakers for day two will be Tony Hawk, an American skateboarding icon and entrepreneur. Hawk made a major move into the cryptocurrency industry earlier this year, releasing an NFT drop via Ethernity Chain in March featuring a tokenized video of his final 540-degree ollie.

The famous skateboarder will deliver a speech on “When A Counterculture Goes Mainstream” at the Nakamoto Stage at 9:45 am ET (1:45 am UTC). Hawk will also have a meet-and-greet session offering attendees the chance to get a limited-edition skateboard deck signed by the legend.

Saturday’s event will also feature Bobby Lee, the former CEO of China’s first cryptocurrency exchange, BTCC, which was founded back in 2011. Currently the CEO of cryptocurrency hardware wallet Ballet, Lee will participate in the “Onboarding One Billion Bitcoiners” panel at the main stage at 11:40 am ET (3:40 pm UTC). He will later give a speech on the “Freedom of HODLing” on the End of Fiat Stage at 3:00 pm ET (7:00 pm UTC).