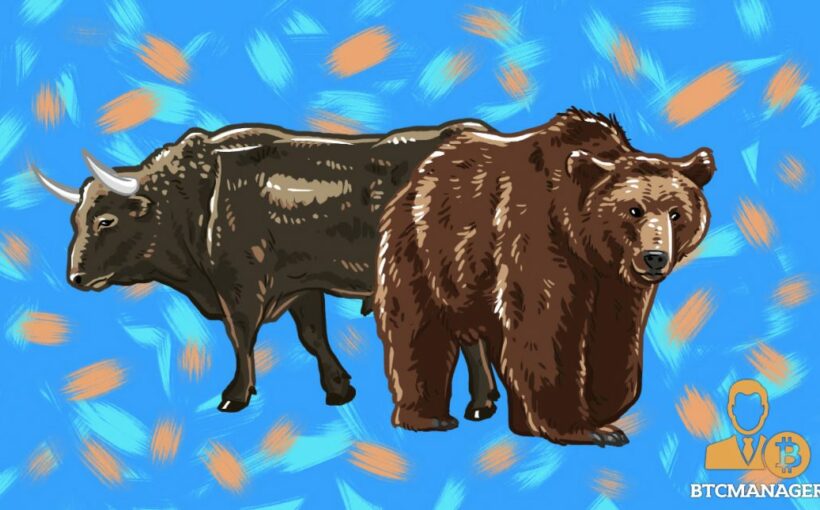 Total crypto market cap erased $10 billion from this value for the period since Monday and now stands at $2.85 trillion. The top ten coins were all in red for the last 24 hours with Polkadot (DOT) and Dogecoin (DOGE) being the worst performers with 5.6 and 4.9 percent of loses respectively. At the time of writing bitcoin (BTC) is trading at $65,250. Ether (ETH) is at $4,713.

Bitcoin closed the trading day on Sunday, November 7 at $63,320. This was the coin’s second consecutive day in green after hitting a four-day low at the April high near $60,000 few days earlier.

The price managed to move above both the current weekly timeframe resistance near $61,600 and the range high on the daily chart – $62,800. The diagonal downtrend line was successfully surpassed as well.

The biggest cryptocurrency ended the seven-day period with a 3.1 percent of increase.

On Monday, we saw bulls pushing BTC above its previous all-time high. The coin registered a new highest point – $67,826 and added 6.7 percent to its valuation.

The coin was looking quite bullish on both the weekly and daily charts. The potential double-top formation was invalidated, but the Relative Strength Index was starting to show signs of exhaustion making a lower of in what traders call a bearish divergence.

The Tuesday session was when the BTC/USDT pair started pulling back. It fell down to $66,900, but not before hitting $68,600 in the first part of the trading day.

The Ethereum Project token ETH was, as always, following the movement of BTC. It ended the previous seven-day period 7.6 percent higher. This was the fourth consecutive week in green for the leading altcoin and the third after breaking above of the mid-term $4,000 resistance zone.

On the daily chart, the ether is in an interrupted uptrend since September 29, staying in the overbought area on the RSI indicator the whole time. If we are to rely on the Fibonacci extension levels, the coin is to reach $6,000 at the 161.80% before making a major correction.

Then on Tuesday, it started moving in the opposite direction, pulling down to $4,730 before the end of the session.

The mid-week trading on Wednesday was no different and the ETH fell to $4,624 (or 2.3 percent lower). Bears pushed the price all the way down to $4,459 during intraday. The false reports about the Chinese construction giant Evergrande impacted the entire cryptocurrency market.

What we are seeing midday on Thursday is the ether trading slightly higher – at $4,713.