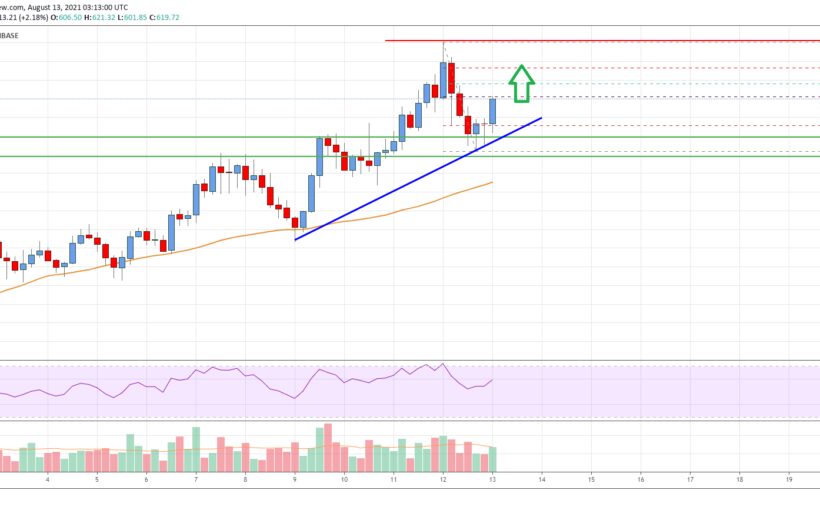 Bitcoin cash price is gaining pace above the $600 zone against the US Dollar, similar to bitcoin. BCH/USD must clear $650 for more gains in the near term.

After formed a base above the $500 level, bitcoin cash price started a fresh increase. BCH broke many hurdles near the $580 level to move into a positive zone.

The price even spiked below the $600 level, but there was no downside continuation. A low is formed near $591 and the price is still trading well above the 55 simple moving average (4-hours).

To continue higher, the price must clear the $650 resistance zone. The next major resistance is near the $700 level. On the downside, the first major support is near the $600 level. There is also a key bullish trend line forming with support near $610 on the 4-hours chart of the BCH/USD pair.

A downside break below the $610 support zone could open the doors for a larger decline. The next major support is near the $550 level.

Looking at the chart, bitcoin cash price is now trading above the $600 zone and the 55 simple moving average (4-hours). Overall, the price is likely to accelerate higher above the $625 and $650 resistance levels.

4 hours MACD – The MACD for BCH/USD is now gaining pace in the bullish zone.

4 hours RSI (Relative Strength Index) – The RSI for BCH/USD is above the 50 level.