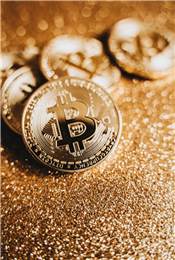 Bitcoin (BTC) hit $48,000 hours after a massive $4,000 candle on the 1-hour chart. The market turned bullish on Friday as positive news from the crypto ecosystem spread. This comes after some days in which the market operated in a stable range. This is a very positive beginning of October for Bitcoin and the entire crypto market.

The cryptocurrency market massively expanded on October 1st as the whole ecosystem now turned bullish. With the beginning of the new month, Bitcoin and other virtual currencies moved higher on a market in which over $240 million in short positions were liquidated, as reported by the cryptocurrency exchange ByBit.

In the last 24 hours, Bitcoin was the market leader gaining 8.7% and reaching a price per coin of almost $48,000. Ethereum (ETH) followed with the same percentage growth of 8.7% experienced by Bitcoin. Other coins that registered large gains among the top 10 were Solana (SOL) and Polkadot (DOT) with 12.6% and 11.1% gains, respectively.

Among the top 100, only three virtual currencies didn’t register gains in the last 24 hours. This shows how bullish the market currently is and how investors turned bullish after some days of relative stability in the crypto ecosystem.

Another thing that is worth mentioning is that, for the first time ever, Bitcoin has been mined using volcano energy sources in El Salvador. This is one of the promises made by the country when they decided to make Bitcoin legal tender.

This is the first time that a country openly announces that they are mining Bitcoin. Gas that would otherwise be released to the atmosphere without any usage is now being used to mine Bitcoin. El Salvador is the first country in the world that purchased Bitcoin and made Bitcoin legal tender.

With this push for Bitcoin, the market might be excited about the future of the digital currency as it is gaining traction in several regions around the world.

In addition, Eurozone inflation has hit the highest level in 13 years. This comes at a moment in which consumer prices were growing very fast as COVID-19 stimulus could already be felt on the market. Now, with the energy supply crisis that is affecting international markets, inflation is expected to be higher in the coming months. Bitcoin could be the only way for investors to be protected against inflationary policies.