Home » Crypto » Bitpanda secures crypto licence in Germany, claims to be the first “European retail” crypto investment platform to do so 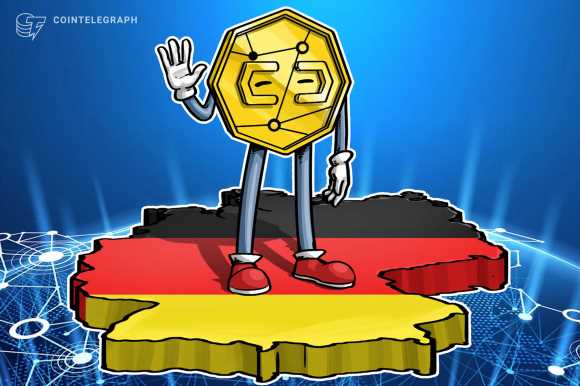 In an official blog post, Bitpanda announced that it has secured a crypto custody licence from the German financial authority, BaFin.

Having obtained this licence, the Austrian-based crypto exchange can now legally market its services to residents of Germany. Bitpanda also claimed to be the first retail crypto exchange based out of Europe to have achieved this distinction.

The collapse of the FTX crypto exchange has brought increased scrutiny to unregulated crypto exchanges that operate outside of a country’s jurisdiction. For this reason, many exchanges are seeking to gain licences in multiple countries to prove that they are legitimate. This latest licence adds to the list of countries Bitpanda is officially regulated in, including Austria, the United Kingdom, Italy, the Czech Republic, Spain, Sweden, and France.

Previously, the license has been obtained by four other crypto-related firms: Coinbase, Kapilendo, Tangany, and Upvest. The latter three cater to institutional investors. While U.S.-based Coinbase is a retail investment platform. Bitpanda claims to be the first “European” retail crypto platform to get the licence because it is based in Austria.

Bitpanda CEO Eric Demuth told Cointelegraph that this licence “was the result of many months of hard work by the entire Bitpanda team.” He stated that the company can now prove that it is an honest and trustworthy custodian of crypto assets for German customers:

“We can and will prove that we mean business when it comes to Bitpanda making customer safety our top priority. […] Acquiring licenses may be difficult in itself, but we are absolutely committed to continuing on this path – because it is the only right thing to do.”