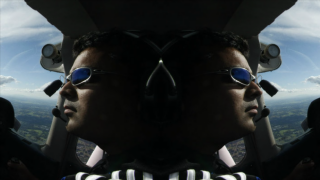 Online censorship has taken front and center since the sweeping ban of former U.S. President Donald Trump from every social outlet he’s been a part of. Other high-profile censorship acts, like Amazon removing alt-right social network Parler from its servers and My Pillow CEO Michael Lindell being banned from Twitter have presented a new paradigm of online censorship.

Decentralized database service Bluzelle has decided to fight back so to speak. It has announced a $500,000 grant for censorship-resistant applications in what seems like a direct response to recent acts of online censorship by Big Tech.

Bluzelle CTO, Neeraj Murarka, has shared with news.Bitcoin.com his perspective on the ongoing debate surrounding online censorship and Bluzelle’s strong push against it.

Bitcoin.com (BC): With major tech brands currently in hot water with the federal government around issues of censorship, what is the motivation behind Bluzelle getting involved in this issue right now?

Neeraj Muraka: The vast majority of people don’t want hate speech. But history has shown that when something is banned, it usually stirs up more interest and the opposite is achieved. The censored or banned product just gathers more steam. On the other hand, if left out in the open, the topic can be discussed, and most often it gets stamped out by the public. Fundamentally, the public will ultimately reject hate speech, so it is best to leave the public to do so.

BC: Do you have an example in mind?

Muraka: I know the following are examples of products, but human psychology is still applicable. When the first Air Jordan’s came out, the NBA banned them because not enough white colors were on them. What did Nike do? Threw a campaign called “Banned by the NBA” on it. Sales went through the roof. Rap artists like NWA and 2 Live Crew were banned. What did it do? Made my friends and I go listen to them more.

Start censoring certain groups, single them out, and it will likely just attract more people. People who feel disenfranchised, marginalized are looking for anything to attach themselves to. I think outright censoring would achieve the opposite of the desired effect — making these very negative elements more attractive.

Also, how do they decide what to censor? Is it based on Jack Dorsey’s values? If Jack is a vegan and he thinks people who eat meat are not right for the planet or to animals, and his peers agree with him, does he go and ban any talk about eating meat? It’s a slippery slope.

BC: Do you think that censorship laws should be left in the hands of federal legislators in congress?

Muraka: As not just a seasoned tech entrepreneur but also having participated in Canadian politics in multiple elections, I do not generally hold most elected legislators in the highest regard. They tend towards populism, which ultimately tyrannizes the minority.

Censorship laws should be minimized as best as possible, and if any such laws must exist, they should be in the hands of the legislators closest to the people they apply to.

Speaking in terms of the USA, that would mean these laws are in the hands of the governor or county officials. Decentralization is efficient and ensures that laws suit the population.

BC: Censorship is obviously a sensitive issue. How do your partners like Polkadot, Elrond, Matic, etc feel about your initiative?

Muraka: I can’t speak on their behalf.

BC: Why didn’t you just use the money to further invest in apps that already exist instead of waiting for developers to build something from scratch?

Muraka: Most developers of established applications are rationally unlikely to take the risk of moving to a new platform, unless there is a very strong reason to do so. On the other hand, fostering new applications designed from the ground up that provide strong freedom of speech features is an effort we can drive deterministically with real results.

BC: What do you envision developers in your program will come up with?

We are making a strong push with values such as freedom of speech, censorship resistance, and liberty. I want to see developers coming up with applications that empower not just large groups with established power but smaller groups that might have exciting new ideas.

So I envision, based on the focal points I have shared with the community, that we will see applications that empower freedom. Freedom not just with information but also finance, where people can be in charge of their money and move power away from the big banks and Wall Street.

BC: Are you worried that the applications developed become nests of hate speech?

Muraka: I am not worried about it — I expect hate speech to show up. It is unavoidable on any platform. Regardless, you don’t quell a platform because some bad apples show up. Every medium (telegraph, telephone, email, etc) allows hate to propagate, but of course, we do not shut them down, right? The vision I have for apps and platforms to tackle this issue is very democratic in nature. It comes down to empowering the public to quell hate.

BC: What is your plan to tackle that issue, if and when it were to arise?

Muraka: I would never take a direct step and purge Bob’s hate messages. Rather, I allow the public to vote down his messages. What happens? His messages are not deleted, but they get so much negative feedback that they pretty much never show up on anyone’s “feeds”. For all intents and purposes, Bob has been censored, yet, no big power (including myself) has taken a unilateral step to do so.

Muraka: Freedom of speech and the ideas around it are vital to the evolution of society. We have seen “unpopular” ideas (such as Abolitionism in the USA prior to the Emancipation Proclamation) that ultimately turned the tide and made the world a much better place. If such ideas had been silenced, the improvements would not have happened.

It is audacious to assume that unpopular ideas should be silenced and therefore censor them away.

I am not saying every unpopular idea is a good one, but I am saying that we, as a progressive society, cannot afford to silence unpopularity. The pros far outweigh the cons.