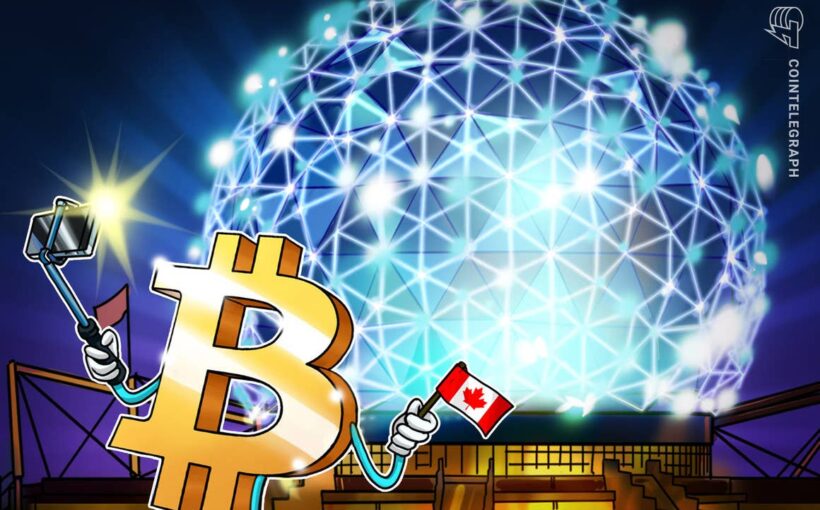 Maxime Bernier, founder and leader of the People’s Party of Canada, has said he supports the adoption of cryptocurrencies in the country.

In a Tuesday tweet, Bernier said cryptocurrencies are “another new and innovative way” to counter the actions by central banks, which he claimed are “destroying our money and economy.” The Canadian politician has criticized the Bank of Canada for “printing money” and called out Prime Minister Justin Trudeau for his economic policies. 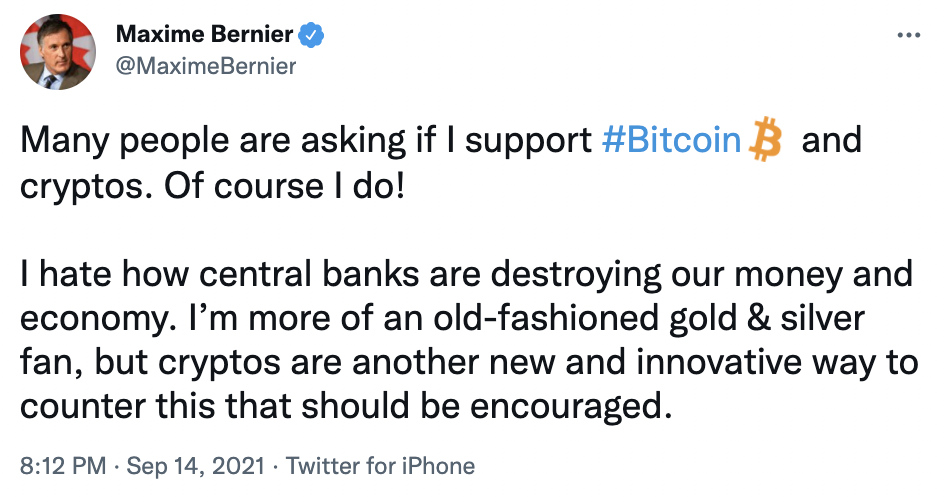 Bernier, a former cabinet minister known by some as Mad Max, has been outspoken in his criticism of vaccine mandates in Canada at a time when the number of COVID-19 cases in the country continues to rise. He has also advocated for ending lockdowns and mask mandates and against the rollout of a vaccine passport system.

The politician’s remarks come before a Canadian federal election scheduled for next Monday, with the People’s Party currently holding no seats in the country’s parliament. Though many right-leaning politicians worldwide have adopted pro-crypto stances as part of their campaigns or policies once in office, the role of Bitcoin (BTC) and crypto is seemingly not a one-party issue.

Canada has often paved the way for many initiatives in the crypto space. Ethereum co-founder Vitalik Buterin is Russian-Canadian and investments firms have been able to successfully launch crypto exchange-traded funds while U.S. regulators have yet to reach a decision on the investment vehicle.

Related: Crypto in Canada: Where are we today, and where are we heading?

However, many Canadian lawmakers, including Trudeau, have been largely silent on the role cryptocurrencies may play in the country’s economy. Trudeau’s half-brother, Kyle Kemper, is an outspoken Dogecoin (DOGE) enthusiast whom the Canadian government once paid to speak at a blockchain conference.

Cointelegraph reached out to the People’s Party of Canada, but did not receive a response at the time of publication.