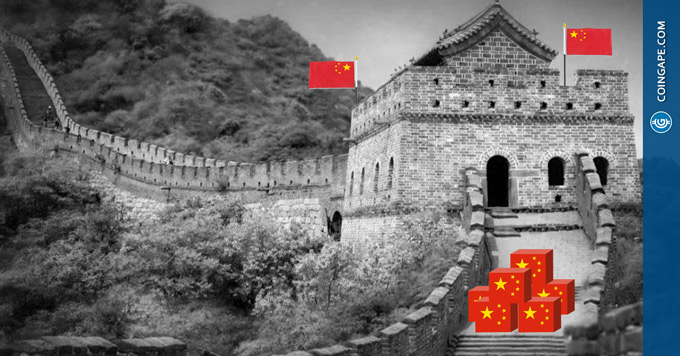 The price of $CFX is currently trading at $1.30 having fallen by 7% over the past 24 hours. The Conflux Network is backed by the likes of Sequoia Capital and Huobi. The firm aims to bring a Defi revolution in China despite a complete ban on crypto trading and exchanges in the country.

The developers behind the project claimed that even though Fiat to Crypto purchases is prohibited in China, crypto-to-crypto trading is still not banned in the country. The founder of the project claimed that Defi is a fast-growing industry in mainland China since it doesn’t require fiat onboarding or centralized exchanges to function. One of the company representatives has explained,

“Conflux is the only regulatory-compliant public, permissionless chain in China because we specifically did not have a public token sale, which has allowed us to remain compliant and in good standing within China,”

Binance is one of the top crypto exchanges in the world by trading volume and this bull season its native chain also gained a lot of traction and popularity, thus a listing on the exchange for sure offer better market exposure, but the same didn’t reflect on its price which fell by nearly 7% over the past 24 hours or since it was listed on Binance.

The firm is aiming to lead the Defi charge in China which is currently focusing on the launch of its own sovereign digital currency called Digital Yen. The Chinese government’s primary reason to prohibit crypto trading and launch its own CBDC was to have better control over the flow of money out of the country.