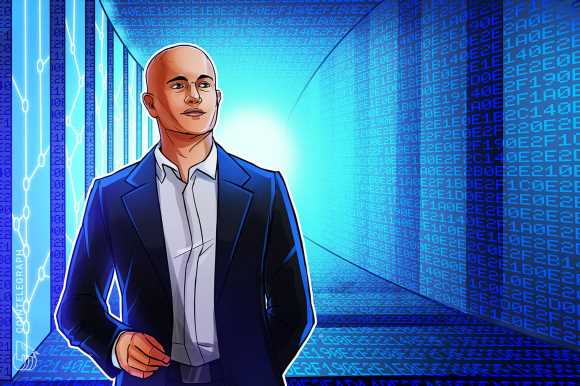 When asked about the potential impact of greater competition on transaction fees on Coinbase, Armstrong said that the platform might see some fee reduction in the long term:

“We haven’t seen any margin compression yet, and I actually wouldn’t expect to see it in the short and the midterm. Longer term, yes I do think there could be fee compression just like in every other asset class out there.”

Armstrong said that a big part of the crypto transactions fees come from a custody fee that is “already baked into the transaction fee.”

The CEO said that Coinbase expects to gradually move its focus to other revenue streams with products like its debit card, staking, educational program Coinbase Earn, as well as custody business for institutional customers.

“We’ve started to invest in revenue streams that are starting to provide these green shoots of revenue […] These are providing more steady predictable streams of revenue and my guess is that in five or 10 years we will see that be maybe even 50% or more of our revenue,” Armstrong stated.

As previously reported by Cointelegraph, Coinbase’s professional platform Coinbase Pro completed a major fee structure update in 2019, increasing some maker fees as high as 233%. Following the update, Coinbase made $1.1 billion in direct revenue in 2020, a significant increase from $482 million in 2019.