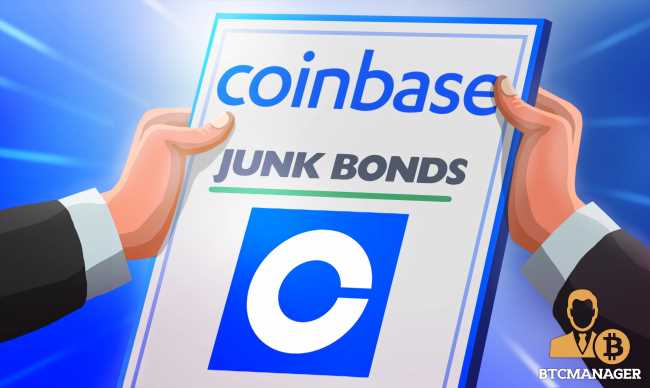 US-based cryptocurrency exchange giant Coinbase increased the sale of its junk-bond offering to $2 billion, which was an indication of increased demand from investors.

Coinbase first announced plans to raise $1.5 billion of senior notes to investors in a private offering on Monday (September 13, 2021).

However, Bloomberg reported on Tuesday that an anonymous revealed that the company increased it sale to $2 billion dollars, after witnessing a surge in order placements.

According to the publication, there were $7 billion worth of orders from investors, which caused the company to expand its offering. There were reportedly equal amounts seven-year bonds which is due in 2028 and 10-year bonds due in 2031 were sold at interest rates of 3.375 percent and 3.625 percent respectively.

Meanwhile, sources familiar with the matter said that the interest rates were lower than Coinbase initially offered. Commenting on the latest development, Bloomberg Intelligence analyst Julie Chariell said that “the strong demand is clearly a big endorsement by debt investors.”

Coinbase earlier stated that the bond offering serves as a means to boost its strong balance sheet. According to the firm, the proceeds will be used “for general corporate purposes, which may include continued investments in product development, as well as potential investments in or acquisitions of other companies, products, or technologies that Coinbase may identify in the future.”

The cryptocurrency exchange joins major business intelligence firm MicroStrategy, as the second crypto-related firm to sell a bond offering. The Michael Saylor-led company back in June completed the sale of $500 million worth of senior notes, with the funds used to purchase more bitcoin.

Coinbase made headlines back in April, after the company went public through a direct listing on Nasdaq, becoming the first crypto exchange to go public. Later in August, the firm partnered with financial giant Mitsubishi UFJ Financial Group (MUFG) to expand into the Japanese market.

The crypto exchange also said that it would purchase $500 million worth of cryptocurrency, while also allocating 10% of its profits to buying various crypti assets. Coinbase CEO, Brian Armstrong, said that the percentage could increase as the cryptocurrency economy continues to mature.

Meanwhile, Coinbase revealed that the US Securities and Exchange Commission (SEC) could sue the company if the firm launched its planned lending program.