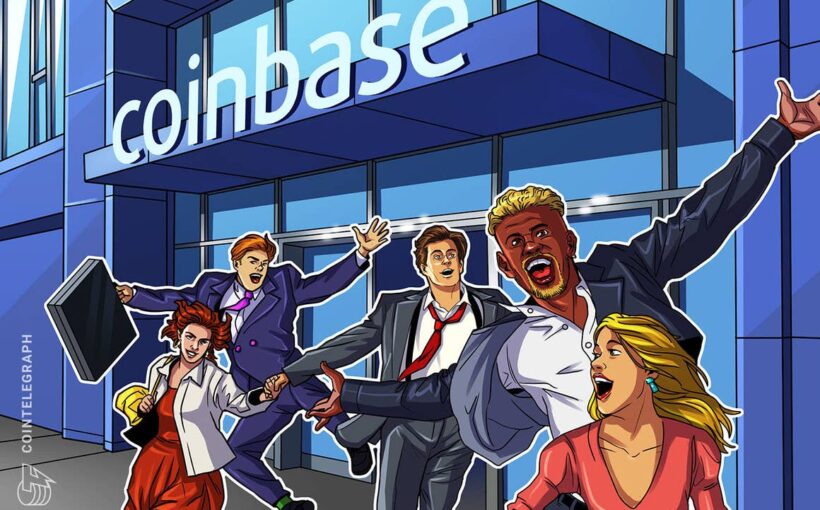 In a Monday blog post, Coinbase senior director of product Prakash Hariramani said the exchange would be offering direct deposits for workers who want to use their paychecks to purchase crypto with no transaction fees. Users can set up direct deposits through a supported payroll company on the Coinbase app, or through a company’s human resources department.

Hariramani said users will have the option to deposit “as much or as little” of their paychecks as they want in the feature rolling out in the next few weeks. Coinbase cited “time-consuming and inconvenient” frequent transfers as part of the reason for the service, saying direct deposits would allow users a more efficient and faster way to earn crypto rewards.

Coinbase has already partnered with U.S.-based firms including Fortress Investment Group, M31 Capital, Nansen, and SuperRare Labs to roll out direct deposits for “employees throughout the creator economy and financial services” and hinted at more in the coming months. The exchange also announced thatholders of its branded Visa debit card would have the opportunity to earn up to 4% back in crypto rewards.

The move comes a week after the exchange said it would not be pursuing its Lend crypto lending program. Coinbase initially said it planned to offer partial returns on deposits of USD Coin (USDC), but later abandoned the program after the Securities and Exchange Commission threatened the company with legal action.