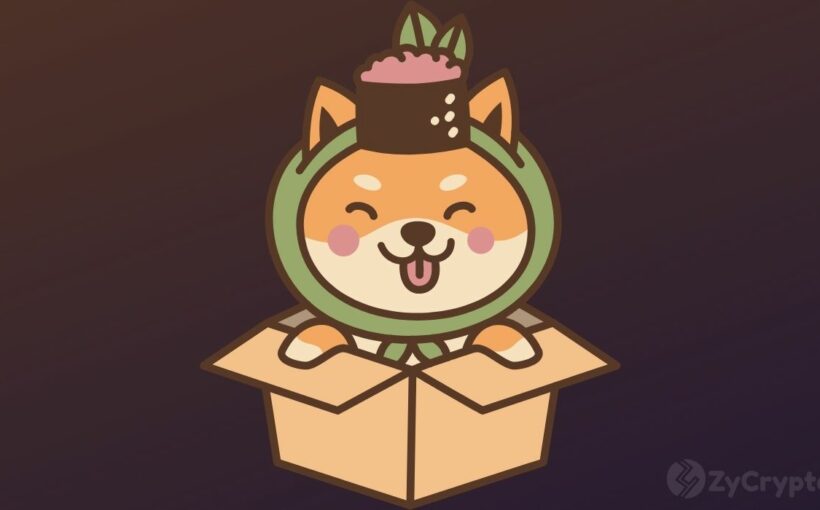 Many Shiba Inu (SHIB) investors had long been bullish that Newegg would add support for the token in the near future, particularly since the company added leading challenger Dogecoin earlier this year.

Well, their dream might be about to be fulfilled. Rumors of the firm adding SHIB to its list of supported assets started swirling after the American electronics retailer that specializes in computer parts and consumer electronics posted a cryptic tweet.

Newegg Shoppers Could Soon Be Able To Pay With SHIB

On November 20, Newegg posted a tweet and tagged the volunteer project lead of Shiba Inu Shytoshi Kusama and the official Twitter account for SHIB asking the two to DM them as they have a question to ask.

The tweet fuelled speculation among Shiba Inu proponents that Newegg could be gearing to soon add the beloved dog-themed cryptocurrency as a payment option.

As of press time, the tweet has garnered 4,568 likes and 1,816 retweets. Several Shiba Inu fans indicated they will be a Newegg customer if it accepts SHIB. However, the company is yet to officially confirm whether it, in fact, plans to integrate SHIB payments.

If it’s indeed true, the retail store will introduce thousands of Shiba Inu users to the Newegg brand and accelerate mass adoption within the rapidly-growing online retail store industry.

Newegg was founded by Taiwan-born American entrepreneur Fred Chang back in 2001. The company became the first major online retailer to accept bitcoin in 2014 after teaming up with crypto payments processor BitPay.

Initially rolling out the feature in the US, Newegg later extended the payment option to over 70 countries. It has also since added Bitcoin Cash, Ethereum, USD tokens, and Dogecoin (DOGE) to its payment options.

Notably, the fervent Shiba Inu community has been on a serious mission to compel widely-known companies like Robinhood and McDonald’s to support the asset. But none of these companies has yielded to the pleas — at least yet.

Meanwhile, Shiba Inu has enjoyed an insane pump lately which has made some investors very rich: one SHIB holder saw his holdings soar from circa $8,000 to an eye-watering $5 billion in just 400 days. The Ethereum-based token also entered the top 10 coins ranked by market capitalization at times and even outpaced the original meme coin, Dogecoin, in the rankings.