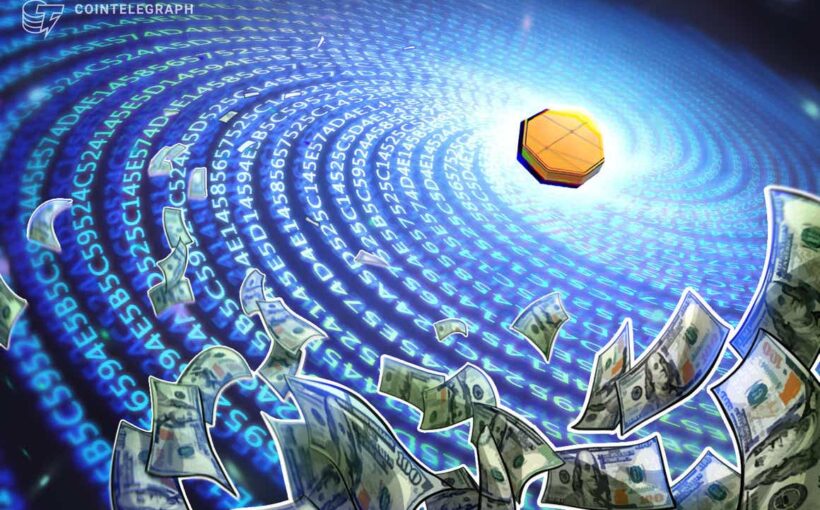 Cryptocurrency markets rose to record highs on Wednesday, as investors continued to pile into Bitcoin (BTC) and alternative coins against a backdrop of surging inflation in the United States.

The cryptocurrency market capitalization — an important barometer for the health of the digital asset class — reached a high of $3.11 trillion, according to Coingecko. The asset class has grown by a cumulative 20% over the past two weeks.

Bitcoin has been attracting bids thanks in part to its perceived status as a hedge against inflation and currency debasement, with its proponents claiming that BTC is the best “hard money” alternative to fiat currencies. Bitcoin has outperformed gold, the most widely regarded inflation hedge, by a considerable margin year-to-date, having gained over 130% compared with gold’s 4% decline.

Concerns about inflation were rampant Wednesday after the Labor Department reported another large uptick in consumer prices. The United States consumer price index, a broad measure of inflation, rose 6.2% annually in October, the highest since 1990. So-called core inflation, which strips away volatile goods such as food and energy, increased by 4.6%, the largest annual rise since 1991.

With inflation vastly overshooting the Federal Reserve’s target of around 2%, calls to end the central bank’s stimulus programs have grown louder in recent months. Last week, the Federal Open Market Committee said it would begin scaling back its monthly bond purchases beginning in mid-November, but that it would let leave interest rates at record lows indefinitely because high inflation would prove “transitory.”

Interestingly, Fed Chair Jerome Powell has seemingly altered his definition of “transitory” inflation to mean that elevated prices are here to stay and that future price increases won’t be as dramatic as the recent gains.

To be sure, the Fed’s preferred measure of inflation — the core personal consumption expenditure index — is well below the headline CPI figure. Core PCE has averaged 3.6% annually over the last four months of reporting ending in September.