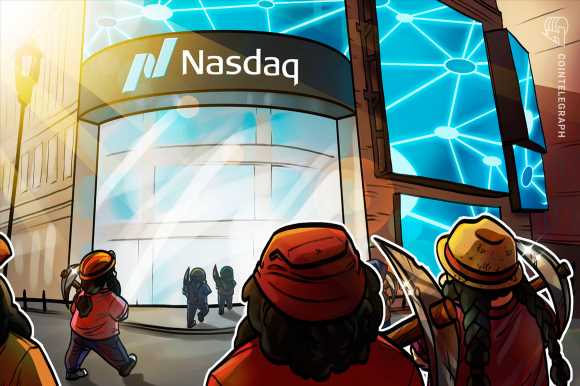 Argo Blockchain, a publicly traded blockchain technology company focused on cryptocurrency mining, is looking at a potential secondary listing on the Nasdaq exchange.

On Tuesday, the company announced that it is now exploring the possibility of a secondary listing on the Nasdaq as part of its operational and strategic update for June 2021.

Argo Blockchain said that the firm has not yet reached a decision on the timing of the secondary listing, noting that “there is no guarantee that the listing will be finalized.” “Any proposed listing is subject to market and other conditions, and there can be no assurance as to whether or when the proposed listing may be completed,” the company stated.

As part of the latest update, Argo Blockchain disclosed that the company mined a total of 167 Bitcoin (BTC) with a mining revenue of 4.4 million British pounds ($6 million) and a mining profit rate of 78%. According to the announcement, Argo Blockchain’s total mining revenue stands at 883 BTC year-to-date, and the company projects to hold 1,286 BTC or an equivalent amount by the end of the month.

Argo Blockchain CEO Peter Wall said that the crypto industry faced “big changes” in June, referring to a significant reduction in the total global hash rate and mining difficulty amid a crackdown on crypto mining in China. “Argo has capitalised on these changes, continuing to deliver strong revenue at an impressive margin,” the firm noted.