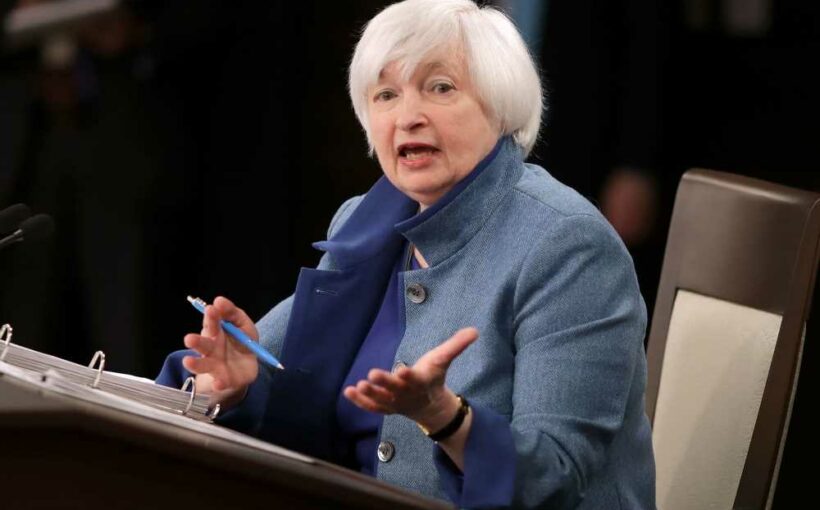 Janet Yellen, United States Secretary of the Treasury Department, said that cryptocurrencies have been used to launder illegal money. She added that the involvement of crypto assets in terrorism financing is a growing problem.

According to an official press release issued by the US Treasury Department, Yellen believes that new technologies like cryptocurrencies have potential but the bad actors are misusing the digital assets and there are many risks associated with the use of crypto-assets.

“The misuse of cryptocurrencies and virtual assets is a growing problem, too. I see the promise of these new technologies, but I also see the reality: cryptocurrencies have been used to launder the profits of online drug traffickers; they’ve been a tool to finance terrorism. From my time at the Fed, I know the crucial role your institutions play in combating crimes like these. The private sector invests enormous resources, finding ways to stop bad actors from misusing existing technologies. You also develop new ones,” Yellen said.

Finance Magnates earlier reported about a statement issued by Yellen in which she mentioned that Bitcoin and other cryptocurrencies offer potential benefits to improve the efficiency of the financial system.

The former chair of the Federal Reserve changed her stance on crypto assets in recent months. Yellen’s remarks published by the Senate Committee on Finance in January showed her positive stance on digital currencies but her latest statement indicates that she has changed her tone on cryptocurrencies again. Yellen’s latest remarks about crypto assets came a few days after a report by the United Nations mentioned that cryptocurrencies are being used by terrorist groups to finance illegal activities.

“As the pandemic has moved more of life online, crime has moved with it. We’re seeing more and more sophisticated cyberattacks aimed at institutions that hold up our society: hospitals, schools, banks, and even our government,” Yellen said during the inaugural US Financial Sector Innovation Policy Roundtable.