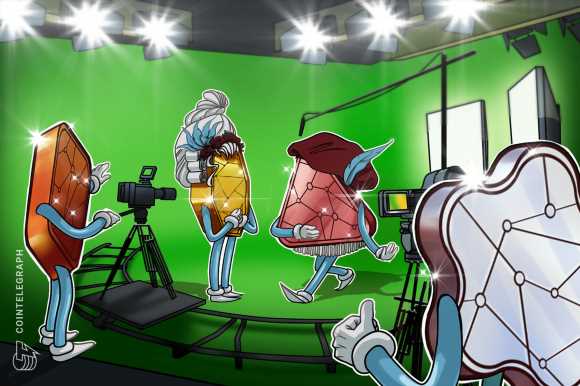 According to an Aug. 31 article from the Hollywood Reporter, UTA will represent Larva Labs for intellectual property (IP) deals in TV, film, video games, licensing and publishing. Two other NFT projects from Larva Labs, Meebits and Autoglyphs, will also be represented by UTA.

CryptoPunks was launched back in 2017 and is one of the first NFT projects created on Ethereum. The IP-related deal with UTA marks a significant milestone for Larva Labs, as it is one of the first examples of content created in the blockchain sector that has entered the mainstream entertainment industry.

“I would say that it is one of the first opportunities for an IP that fully originated in the crypto-world to enter a broader entertainment space, and they earned it.”

“They really have hit the zeitgeist in a tremendous way,” he added.

The CryptoPunks project maintained a relatively niche following for most of its short history, before exploding in popularity this year amid a growing wave of interest in the NFT sector which saw $2.5 billion worth of sales in the first six months of this year.

According to data from the CryptoPunks website, the Larva Labs OG NFTs have generated a whopping $1.18 billion worth of total sales since 2017, with $304.8 million worth of sales in the past seven days alone. The cheapest CryptoPunk on sale is currently priced at 115 Ethereum (ETH) worth around $391,000 at the time of publication.

Public figures such as rapper Jay Z, electronic dance musician Steve Aoki and entrepreneur Gary Vaynerchuk all reportedly own CryptoPunks. Cointelegraph reported on Aug. 23 that payments tech giant Visa purchased CryptoPunk 7610 — a female figure with a mohawk, clown green eyes and lipstick — for 49.50 ETH worth $150,000 at the time of purchase.

There are 10,000 CryptoPunks NFTs in total, all of which were computer-generated from a set of unique features to create the individual pixel art avatars. They were initially claimed for free, with TechCrunch reporting in April this year that a collector who goes by the name “mr703” online snatched 703 Punks at initial launch — keeping hundreds of the NFTs in a collection now worth tens of millions at current prices.

Larva Labs’ other NFT projects also follow the computer-generated route of CryptoPunks. The Meebits NFTs were launched this May, and consist of 20,000 unique 3D voxel characters that are built for use in the Metaverse and NFT gaming.

Autoglyphs launched in 2019 and is a generated art project that is limited to 512 NFTs, where users generate a “Glyph” by donating a creation fee of 0.20 ETH ($687) to the chosen charity of Larva Labs, 350.org — an organization aimed at combating climate change.