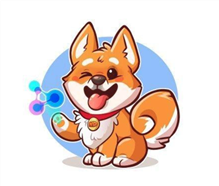 Tensions are rising in the Doge communities of the cryptocurrency space as of late. A fierce battle is brewing between different factions, over the right to the popular Doge name and has reached a tipping point. Trademark disputes, heated AMA’s, false Twitter suspensions, and overall shady tactics from one side, in particular, have caused outrage in some communities.

Baby Doge, a project that in its own right is an imitation of the original Dogecoin token, has been caught red-handed using underhand and dishonest tactics to remove the competition from the market in an attempt to monopolize the famous name.

There has been a momentous amount of attention given to the Doge name over recent years, from the famous meme that has gained popularity since 2013 to the Dogecoin token, created in the same year.

Doge-themed projects have continuously sprung up ever since, with the current landscape consisting of the following key players including:

With hundreds of doge variants in existence, it is these five tokens in particular that are now in a heated dogfight for not only market dominance, but also their fair and equal share of the Doge name.

The antagonist of this battle is the lone Baby Doge, who is staking a claim of being the only doge-themed token that is allowed to hold the famous name. Baby Doge and their CEO Christian Campisi have been caught using some apparent underhanded and dishonest behavior to stamp out the competition and to monopolize the market. Does this imitation project have any right to this claim?

The protagonists in this story are an alliance of other Doge projects, led by the community team at Nano Dogecoin and joined by Daddy Dogecoin, Banker Doge, and Mommy Doge. These four tokens are currently defending their rights to also use the Doge name which based on the evidence laid bare today, is a right they have every reason to hold.

The four projects have formed a united front by creating the #DOGETOGETHERSTRONG movement and feel this would be a more effective method in combating this threat while also restoring the balance in the force that Baby Doge is determined to disrupt.

The alliance of Doge projects, led by Nano Dogecoin, that form the #DOGETOGETHERSTRONG movement is making some strong evidence-based claims against the “dark side” antagonist Baby Doge.

On Sept 12th the first attack had taken place with the Twitter account for Nano Dogecoin being suspended for apparent impersonation, with additional removal of their backup account soon after. Considering the circumstances of the Doge name, a suspension is hard to justify.

Confused, the Nano Dogecoin team quickly appealed to Twitter for a reinstatement of their account but were swiftly denied. The community was left unsure of why or who had initiated the ban but quickly discovered that they were not alone.

In damage control mode, the Nano Dogecoin community found other doge-themed projects had experienced the same attack, Daddy Dogecoin, Banker Doge, and Mommy Dogecoin, all having their accounts suspended for the same reason and collectively were left scratching their heads looking for a cause.

That was until a now-infamous tweet surfaced from the Baby Doge official Twitter account was discovered that claimed they were the reason for the suspension. Baby Doge, an imitation Dogecoin project itself, felt they were the only Doge token allowed to exist citing other projects were “infringing on their trademark.” A trademark that is not legally owned by Baby Doge, under any current legal jurisdiction.

There have been a significant amount of back and forth allegations made from both sides. The alliance claiming some very dishonest and immoral behavior, with some substantial evidence to support their assertions.

The opposite side of the fight, making the declaration that they are the only doge token that is allowed to occupy the cryptocurrency space, while also holding the position that their methodology of unethical and underhanded behavior was completely justified. A claim that is difficult to rationalize from any perspective.

The affirmation from Baby Doge, created in June 2021, is that every other project with the Doge name is an imitation of their project, not the original Doge meme or Doge token that had come many years before them.

In a response to the Twitter suspension, the team at Nano Dogecoin hosted an AMA to discuss the recent developments with their community. Surprisingly, the AMA was joined by the CEO of Baby Doge, Christian Campisi, a move that severely backfired on Mr. Campisi.

During the AMA, Mr. Campisi was very open, admitting to the community that he and his team were behind the dishonest and shady behavior including the false Twitter suspensions used to discredit the competing projects. The AMA has since gone viral and has caused many Baby Doge holders to leave the project and rightly so.

For a full recap of the battle between the two sides thus far, a website has been created seemingly outlining the course of events: https://exposebabydoge.com/

Legal ownership of memes is a highly disputed topic and the argument varies from case to case. Doge is one of the most prominent memes in existence and has on more than one occasion, seen a battle for ownership with so far only one organization coming out on top.

The happy Shiba Inu image it is famous for and the name Doge itself, currently resides under the legal ownership of an international clothing company “Ultra Pro International LLC.” The trademark for the Doge name was filed in 2014 and granted in 2015.

The company that currently holds the legitimate rights and trademark to the Doge meme has stated publicly – “we will not be pursuing action against any other vendors, which would risk us losing it. However, in the end, that would also ensure free use for everyone.”

As it stands, there is only one organization that can hold an intellectual property claim, and file for impersonation of Doge, and that is Ultra Pro International LLC.

Perhaps the major irony in this story is the issue of censorship in a world of decentralization. Cryptocurrency in itself is decentralized by nature and this means no one individual or entity can be in command. The primary issue at hand, although a possible jovial dispute at first glance, is holders who did not enlist for a legal battle, or knew of the possibility of being censored by a variant of the original Dogecoin that laid the foundation for these projects in the first place.

When one project, in this case, Baby Doge led by Mr. Campisi, gets to decide on who wins and who loses within a decentralized environment with questionable and possibly illegal methods, it creates regulatory arguments that need to be addressed.

At this stage, the war rages on, but ultimately there does not need to be winners or losers. What is needed, is fair and equal grounds of a decentralized market that lets projects’ success be determined by use case and community support.