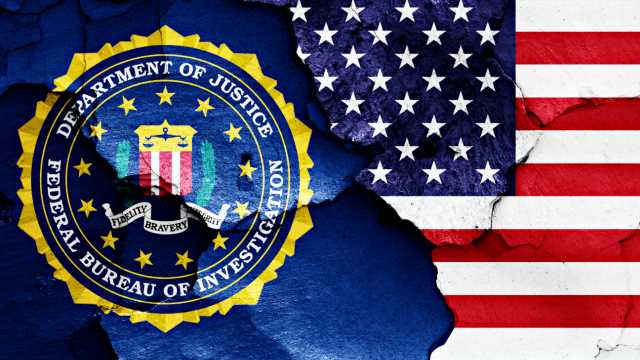 The DOJ announced this week that it has charged six New Hampshire residents with crimes related to a cryptocurrency exchange business. The Federal Bureau of Investigation (FBI) raided several Keene properties associated with members of the liberty-minded Free Keene movement on Tuesday and arrested the six defendants.

The individuals charged are Ian Freeman (formerly Ian Bernard), 40, of Keene; Colleen Fordham, 60, of Alstead; Renee Spinella, 23, of Derry; Andrew Spinella, 35, of Derry; Nobody (formerly Richard Paul), 52, of Keene; and Aria DiMezzo (formerly James Baker), 34, of Keene. DiMezzo is the self-described “transsexual satanist anarchist” who ran as the Republican candidate for Cheshire County sheriff in 2020. Both Freeman and Nobody ran for Governor.

Freeman reportedly had accessed $1.66 million worth of bitcoins and had $178,000 in cash in his safe when his house was raided by the FBI, prosecutors said on Friday, adding that he also has access to gold, silver, and possibly other liquid assets and cryptocurrencies.

The indictment details that since 2016:

The Free Keene Project describes itself as “New Hampshire’s liberty activism destination.” Long-time supporters of cryptocurrency, in 2018, the group launched a Bitcoin Embassy in Keene.

The indictment also “alleges that the defendants knowingly operated the crypto exchange business in violation of federal anti-money laundering laws and regulations,” noting that “Some defendants opened bank accounts in the names of purported religious entities.” They include Shire Free Church, the Crypto Church of NH, the Church of the Invisible Hand, and the Reformed Satanic Church.

According to the DOJ, “some defendants then engaged in substantial efforts to evade detection of their unlawful virtual currency exchange scheme by avoiding answering financial institutions’ questions about the nature of the business and misleading financial institutions into believing their unlawful virtual currency exchange business was instead a religious organization receiving charitable contributions.”

Moreover, Freeman, Fordham, Renee Spinella, Andrew Spinella, and Nobody are charged with wire fraud and participating in a conspiracy to commit wire fraud. Freeman is further charged with money laundering and operating a continuing financial crimes enterprise.