The DeFi space was full of fundraising this week. Read on to discover where the venture capital firm led by Reddit’s co-founder is making notable investments.

What you’re about to read is the smaller version of this newsletter. For the full breakdown of DeFi’s developments over the last week, subscribe to our newsletter below.

Smart contracts platform Near Protocol has announced the allocation of an $800-million global funding initiative aimed at fostering the development of its DeFi ecosystem, as well as incentivizing the network’s developers in product creation.

In addition to the $350-million grants program announced by Proximity Labs on Oct. 21, $250 million will go to existing developers, $100 million was awarded to a collection of 20 startup projects, and the remaining $100 million was allocated toward regional funds across Asia, Europe and the United States.

According to the project’s press release, Near has already distributed $45 million of protocol infrastructure grants to more than 120 projects, including Textile, Liquality and CronCat, among others. These projects and others have contributed to the platform’s rising total value locked figure, which currently stands at $150 million.

Intergovernmental group the Financial Action Task Force (FATF) has this week released an updated guidance paper on virtual asset service providers, with an inherent focus on the DeFi and nonfungible token sectors.

Launched in 1989 in the wake of a G7 summit, the FATF was formed with the ambition to introduce policies and procedures around illicit money laundering activities. The group comprises 37 countries, including the United States, China and the Russian Federation, as well as two regional organizations, the European Commission and the Gulf Cooperation Council.

Under the new guidance, owners and operators who have “control of influence in the DeFi arrangements“ could fall under FATF’s definition of a virtual asset service provider, thus subjecting them to the associated requirements.

Related: 3 reasons why Curve (CRV) price is trending toward a new 1-year high

QuickNode raises $35M in Series A funding round

This is the second round of funding for the Miami-based project, following a seed round of $5.3 million back in March this year.

Reddit co-founder Alex Ohanian — who has participated in both fundraises via his VC fund, ​​Seven Seven Six — shared his expectations for the platform’s growth:

“We’re excited to be a firsthand witness to QuickNode’s rapid growth, enabling more individuals and businesses to easily adopt blockchain technology. QuickNode is yet another example of Miami Tech excellence.”

DeFi security firm Immunefi announced a $5.5-million funding round this week from 11 venture capital firms, including Blueprint Forest, Electric Capital, Framework Ventures and Bitscale Capital, along with a series of private individuals.

Immunefi services some of the leading DeFi protocols in the market, such as Synthetix, Chainlink, SushiSwap and PancakeSwap, protecting in excess of $50 billion in value assets to date, and it has paid out $7.5 million in bug bounties since inception.

The firm will utilize the capital to advance its burgeoning security service, ensure the protection of assets in smart contract protocols, and grant financial incentives in the form of bug bounty programs to philanthropic digital hackers.

Mitchell Amador, founder and CEO of Immunefi, spoke on the importance of offering DeFi protective measures:

“DeFi is unique because vulnerabilities in code represent a possibility of a direct loss of users’ money. Bug bounty programs are open invitations to security researchers to find those vulnerabilities in exchange for a reward and have proved one of the most effective ways to deal with critical security holes.”

Immunefi has recently offered its support in the discovery of potential vulnerabilities in Belt Finance and Polygon’s double-spend bug, facilitating the process between white hat hackers and the respective projects.

Analytical data reveals that DeFi’s total value locked has increased 5.1% across the week to a figure of $160.59 billion. 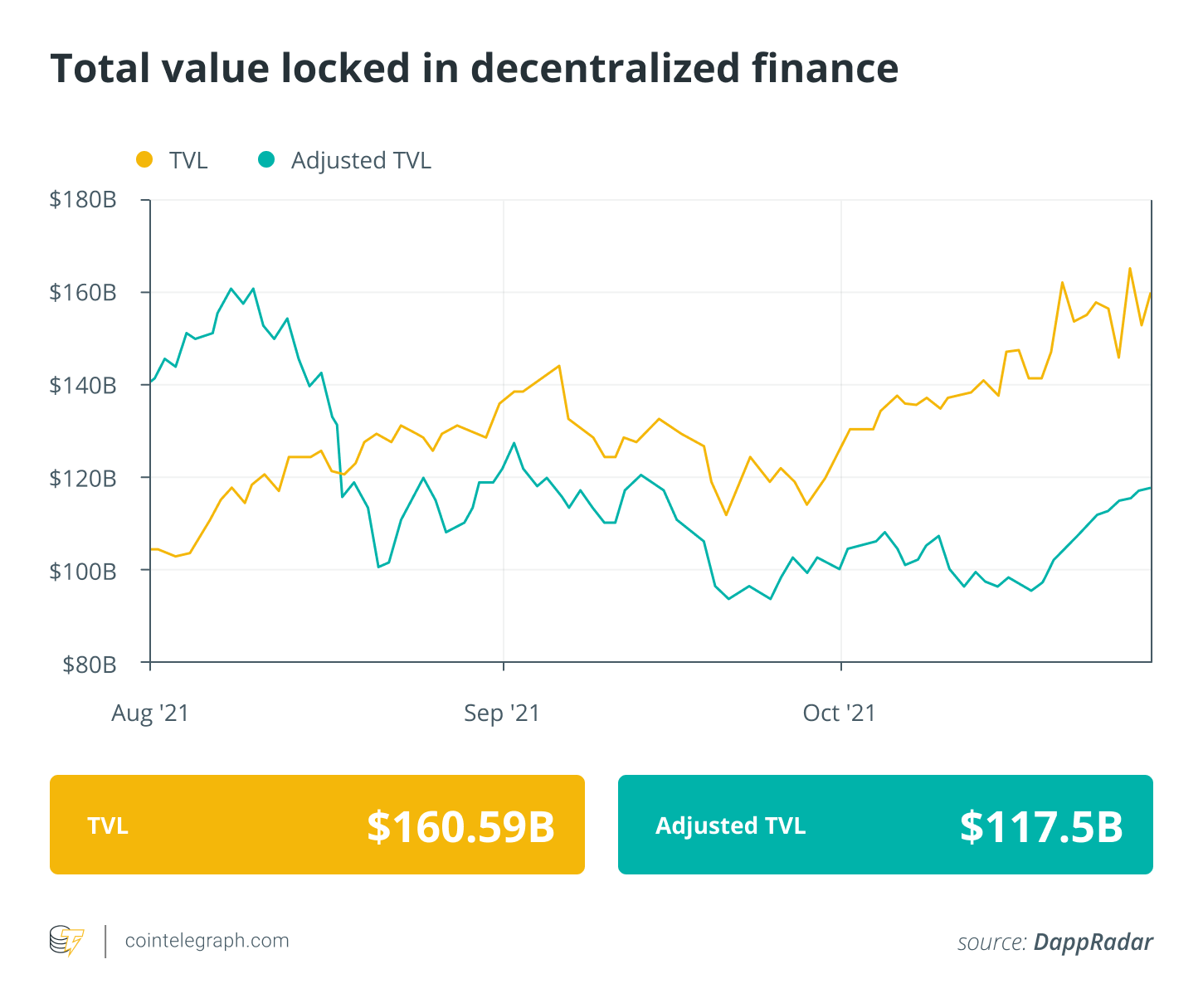 Analysis and hot topics from the last week:

Thanks for reading our summary of this week’s most impactful DeFi developments. Join us again next Friday for more stories, insights and education in this dynamically advancing space.