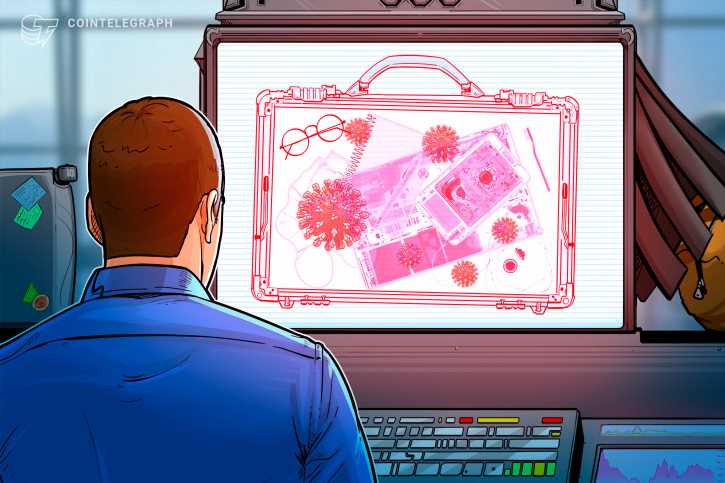 Early on in the pandemic, the heightened need for various biosurveillance measures sparked interest in the relevance of privacy-enhancing technologies such as blockchain that could protect public health data amid the crisis.

An individual Twitter user claimed last week that Frankfurt Airport’s Corona testing center appeared to be using IOTA blockchain technology to manage passengers’ health stat, and this fact has now been confirmed to Cointelegraph by the technology provider.

Ubirch, a blockchain-based cybersecurity technology provider based in Cologne and several other locations, has developed the IT infrastructure for a solution it calls the “Digital Corona Test Certificate.” The solution supports verification of an individual’s SARS-CoV-2 status while remaining compliant with European data protection standards under the GDPR framework. An Ubirch representative explained:

“Ubrich anchors an anonymous digital fingerprint in a blockchain. This way, an individual’s certified SARS-CoV-2 status can easily be verified by the airline at the departure gate, the arrival airport, or any other entry point by scanning a QR Code. Important to know is that at no point during the process are person-specific user data or test results visible in the blockchain.”

The Ubirch service is being used at the Centogene Corona test center at Frankfurt Airport, the company has confirmed, and uses, in part, underlying technology from IOTA:

“Among others we use IOTA for making the Corona test results verifiable […] We are working with IOTA for a while now. Our public anchors are in the main tangle for broad trust. In fact, we put trust anchors in multiple blockchains.”

Ubirch’s reference to “the main tangle” refers to the specific character of the IOTA protocol. Tangle is, strictly speaking, different from blockchain in that it does not use “blocks” or mining, but is built upon a directed acyclic graph: a topologically ordered system in which different types of transactions run on different chains in the network simultaneously.

Digital identity solution providers have increasingly developed various products involving blockchain that are targeted for use during the pandemic, alongside special blockchain apps to provide countries with “health passport”-like solutions for easing restrictions.

Some security experts remain concerned, however, about these emerging “proof-of-health” solutions and the complexities and challenges involved in truly ensuring the integrity of millions of users’ sensitive health data.