Iván Marchena, who has been in the FX industry for over eight years, has joined ARUM Trade, an offshore broker, based in Vanuatu, as its Chief Operation Officer (COO).

Most recently, Iván Marchena assumed the role of vice president of Latin American operations at cryptocurrency trading firm PrimeXBT. He parted ways with the Bitcoin-based platform barely 11 months after he was installed in his first position as a business development consultant back in May 2020.

During this short stint, Marchena had been tasked with spearheading PrimeXBT’s product and service offering for retail FX traders and institutional partners. Additionally, he was responsible for managing its sales activities in Latin America to bring the company’s custom brokerage, service and coding solutions to the targeted segments. 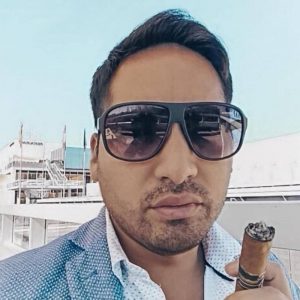 “Glad to join Arum Trade and assume this new challenge. This management clearly knows where to go and share the same vision. From my side, my first aim is to fill the void that exists in my natal Latin America in regard to free and good quality trading education,” Iván told Finance Magnates.

ARUM Trade is registered as an investment firm in Vanuatu, which as we understand its parent entity, ARUM Trade LTD, is licensed by the Vanuatu Financial Services Commission (VFSC). The broker offers access to trading in FX, stock indices, precious metals, shares and cryptocurrency CFDs.

The company’s newest COO started his own career in 2008, but he assumed his first role in the FX arena back in 2014 when he was appointed by Alfa-Finans to Forex Sales Account Manager. He also spent a short stint as the International Sales Manager at Alpari Group.

In June 2016, Iván left Aplari to join Libertex Group where he spent nearly three years in different sales positions to develop its Latin American and Spanish retail department. His success with the division culminated with him taking on the role of Libertex Head of LATAM sales. Most recently, he held an analogous role at the cryptocurrency firm, EXSCUDO.