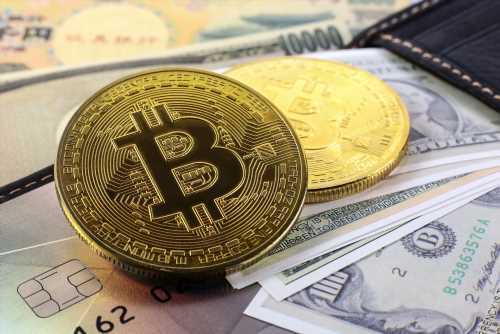 As we have seen in the past, bitcoin doesn’t please everyone. No matter how high it rises or how strong it becomes, the world’s number one digital currency by market always seems to polarize people in ways nobody really considered possible. With bitcoin shooting past $55,000 in recent days, one of the latest haters to emerge is Jeffrey Sachs, a well-known economist.

In a recent conference, Sachs said to all his listeners:

I am not a fan at all of bitcoin.

What are his reasons? He says that the currency is not a “store of value” and it’s “not a medium of exchange.” He also says it offers no “social value” to its users. Known for his work in the global poverty sector, he views bitcoin as a “hidden tax” on every person out there and believes it’s a big environmental enemy. He states:

If a digital euro or dollar makes actual transactions in our currencies more efficient without giving up the ability to track illicit operations and tax fraud, this is a good step forward.

Interestingly he’s not against the notion of digital currencies but is more for the idea of standard fiat currencies becoming digitized. He’s not crazy about how bitcoin works, nor how users handle it.

For one thing, he’s terribly against the carbon footprint bitcoin allegedly leaves behind, claiming that bitcoin causes a lot of damage to the environment. He mentions:

Bitcoin mining is an unbelievable waste of resources and a highly polluting waste of power. A lot of CO2 emissions resulting from nothing of social value.

However, this is small beans compared with some of the other issues presented by the world of bitcoin mining and the process of new coin extraction. He says:

Bitcoin has bootstrapped to $1 trillion in market cap, almost like returns to counterfeiting. Where did the value come from? It came from all of us who hold euros and dollars and other financial assets. Somehow, because somebody, declared that something that has no value has value.

Mining Is the Same as Counterfeiting

Because of this, Sachs compares bitcoin mining to “counterfeiting,” claiming that something without value is being given value simply because someone decides to do so. He further comments:

Because of the fact that financial markets can be bubbles that give value in terms of exchangeability to dollars and euros out of thin air, bitcoin does have a value of $1 trillion that buys the goods that can compete for the same goods that you or I with our bank accounts or dollars can also compete with. If someone were just printing euros, you’d object. You’d say, ‘That’s illegal. That’s counterfeiting.’ I wish our central banks had said from the beginning, ‘No thank you. Because you don’t get to print money, you don’t get to issue a substitute currency.’