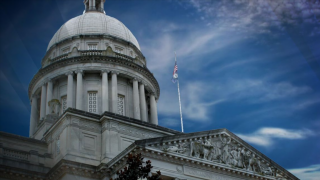 The Kentucky House Budget Committee approved a bill in a 19-2 vote to eliminate the sales tax on electricity for use in cryptocurrency mining operations. The bill, designed to attract more miners to the state, is now in the Kentucky Senate for review.

Motivated by the explosive growth in blockchain technology and the increased spotlight at cryptocurrencies, Kentucky lawmakers are busy crafting legislation designed to appeal to mining operations.

House Bill 230, which the House Budget Committee approved on Tuesday, is designed to encourage miners to move to the state by removing the sales tax from these operations’ electricity. The bill now moves to the state senate, where it will be reviewed alongside Senate Bill 255, which similarly calls for miner tax breaks.

According to a fiscal note within the bill, this proposed legislation would cost the state’s General Fund at least $1 million in estimated annual receipts. Given the energy-intensive nature of cryptocurrency mining, that figure could rise considerably if the bills attract a mass migration of operations to the state.

The bill’s sponsor, Republican Representative Steven Rudy, recognizes the state’s cost but believes that the projected price will eventually benefit the state by attracting a “highly sophisticated, highly technical” industry.

The bill, however, is not without its detractors, as some lawmakers question whether the costs outweigh the benefit given the energy-intensive nature of cryptocurrency mining. Rudy has responded to these critiques by emphasizing that Kentucky would prefer to attract industries to the state instead of turning away business.

Still, Kentucky has shown no signs of slowing its momentum in its bid to make the state attractive for the cryptocurrency industry. Underscoring this point, economic officials have already approved Blockware Solutions incentives as the company plans to invest $28 million in a local mining operation, broadening the state’s appeal for the mining industry at large.

Do you think more U.S. states and other countries around the world will enact tax-breaks for crypto mining to attract businesses? Let us know in the comments section below.